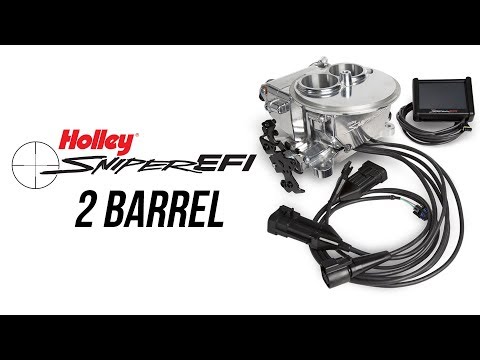 Starting at $80 a month with

Holley just brought EFI within range! Introducing Sniper EFI 2300! It's perfect for any vehicle that came standard with a 2300 Holley Flange like some Fairlanes, Galaxies, Falcons, Comets, F100s, Javelins, Rebels, Mustangs, Thunderbirds, Cougars and more. It's economically priced so you can have all the benefits of EFI and still have money to finish or upgrade your ride! It also easily adapts to a square flange or Q-jet flange 4bbl intake with a Mr. Gasket adapter P/N 1933 (4150 Square Flange) or 1929MRG (Spread Bore). Bolt-on replacement for popular classic Holley Carburetors such as the 0-4412 or 0-7448. Put an end to cold start issues, hesitations, vapor lock, and flooding. Upgrade to Sniper EFI and get the tactical accuracy of EFI today!