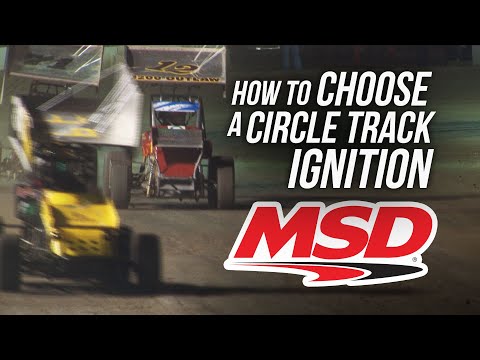 A programmable ignition specifically for use in Midget racing.

Starting at $72 a month with

The Programmable Midget Ignition is a complete electronic distributorless system consisting of a powerful capacitive discharge Ignition Control, a four tower high output coil pack and uses two non-magnetic pick-ups with a trigger wheel as a crank trigger source. This takes all of the mechanical variables out of the picture to produce exact ignition timing! Adding to the accuracy and high output of this ignition system, is the advantage of being able to precisely program the timing throughout the engine's entire rpm range. By using MSD's Pro-Data+ software package on a Windows based PC, racers can program two different timing curves down to .1° per 100 rpm increments! Other features of the Programmable Midget Ignition include a rev limiter to protect the engine from overrev damage, a start retard and a circuit that monitors the battery supply voltage. The Midget Ignition produces full power capacitive discharge sparks at any rpm so you can be assured of complete combustion. To control this power and the programs, a 15 MHz microcontroller analyzes the various inputs and is capable of extremely quick compensations to maintain exact timing and rpm. The Midget Ignition is supplied with the Ignition Control, two Non-Magnetic Pick-ups, Trigger Magnet, On/Off Switch and Software.