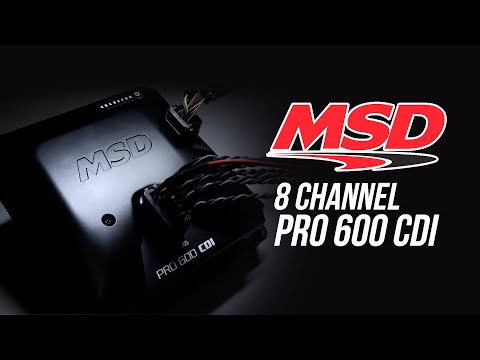 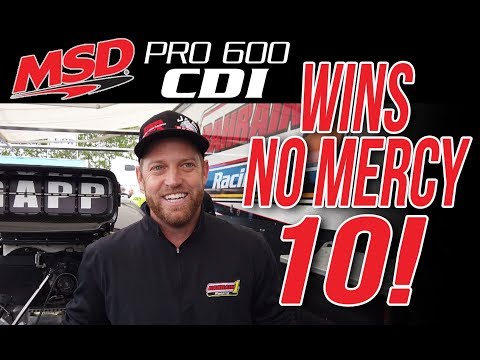 Introducing MSD's PRO 600 CDI 8-channel capacitive discharge ignition. Designed for coil-near-plug engine management systems such as Holley EFI, GM LS platforms, and most other EFI systems, the PRO 600 is also capable of easily converting any distributor type ignition into a coil-near-plug system. When you're making extreme cylinder pressure with boost or nitrous on an inductive coil-per-plug ignition, lack of spark energy means you're leaving horsepower on the table. To answer this need, the ignition experts at MSD developed the PRO 600 CDI to provide unrivaled spark energy and dependability. The PRO 600 has built-in protection for accidental reverse battery connection, over temperature protection, and LED diagnostics that can identify an issue with individual coils should a problem arise. A programmable power setting allows racers to switch between a user adjustable 250 to 400 millijoule output, or the industry-leading output of 680 millijoules via an activation wire or software - making the PRO 600 ideal for Drag Week style cars. Turn it down for the long haul, and then set it to kill mode at the strip. Pro Mod to Pro Street, or yanking a sled in the dirt with a pulling truck, if you need to light 8 coils without fail - the PRO 600 is the answer.