Hot Rod Drag Week is a very special stratosphere of drag racing, reserved for only the toughest and craziest drag racers in the world. It takes a special blend of mettle, perseverance, ingenuity, and flat out mechanical and driving ability to complete the entire week in any of the classes. It goes without saying that a little luck is also required, especially if you hope to bring home a Drag Week trophy. If you follow Drag Week, you are certainly familiar with the Unlimited class. As the name implies, rules are scarce in this class in which nearly anything goes. This is where the big boys come to play, with cars that make thousands of horsepower. After skipping Drag Week last year, Tom Bailey returned with his latest creation, entitled "Sick Seconds 2.0." Bailey took everything he learned from the car he piloted to Drag Week glory in 2013 and applied it in a more radical package for 2015. The tube-chassis was built by Keith Engling at Skinny Kid Race Cars. That's right, this street-legal car is a tube chassis race car underneath the carbon fiber '69 Camaro body. The car weighs in at a scant 2,400 pounds. Power comes from a 615 cubic inch Brodix big-block that ingests air from a pair of 94 mm Precision Turbos. Of course, a Holley Dominator is tasked with engine management, allowing Bailey to switch from his pump gas street tune to the alcohol track tune with the press of a button. All of this combined to create a wicked combination that averaged a 6.78 second elapsed time at five different track days to secure the most prized trophy at Drag Week. Holley's Doug Flynn Takes Street Race Big-Block Power Adder Victory with Holley EFI 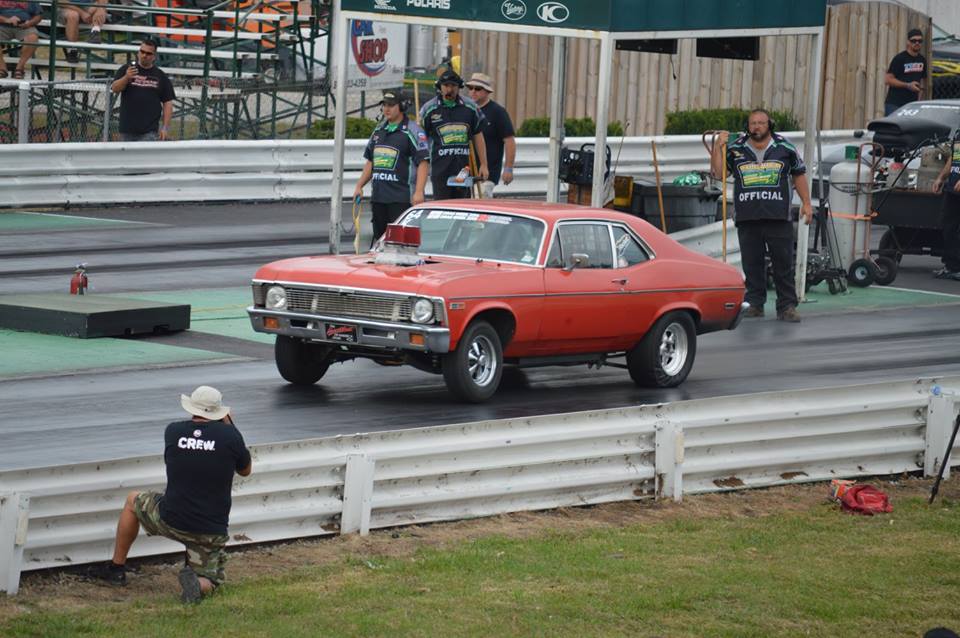 Every year, a few of Holley's employees manage to secure a spot on Drag Week. For these guys, cars aren't just a job, but a hobby and a passion. While we had several employees make the trek, Doug Flynn did that and then some. Not only did he get into the show and complete it, but Doug played a starring role as he took home the win in the Street Race Big-Block Power Adder class with his NOS nitrous-injected Nova. The big block Chevy powering the car is controlled by a Holley Dominator ECU, which is fitting since Doug is an EFI engineer here. The Street Race category is Drag Week's most restricted class, and cars may not post an e/t quicker than 8.50. Doug managed an 8.82 average e/t over the week, edging out Kyle Coy's 1967 Camaro. The Crusty Nova Claims Modified Power Adder with Holley EFI 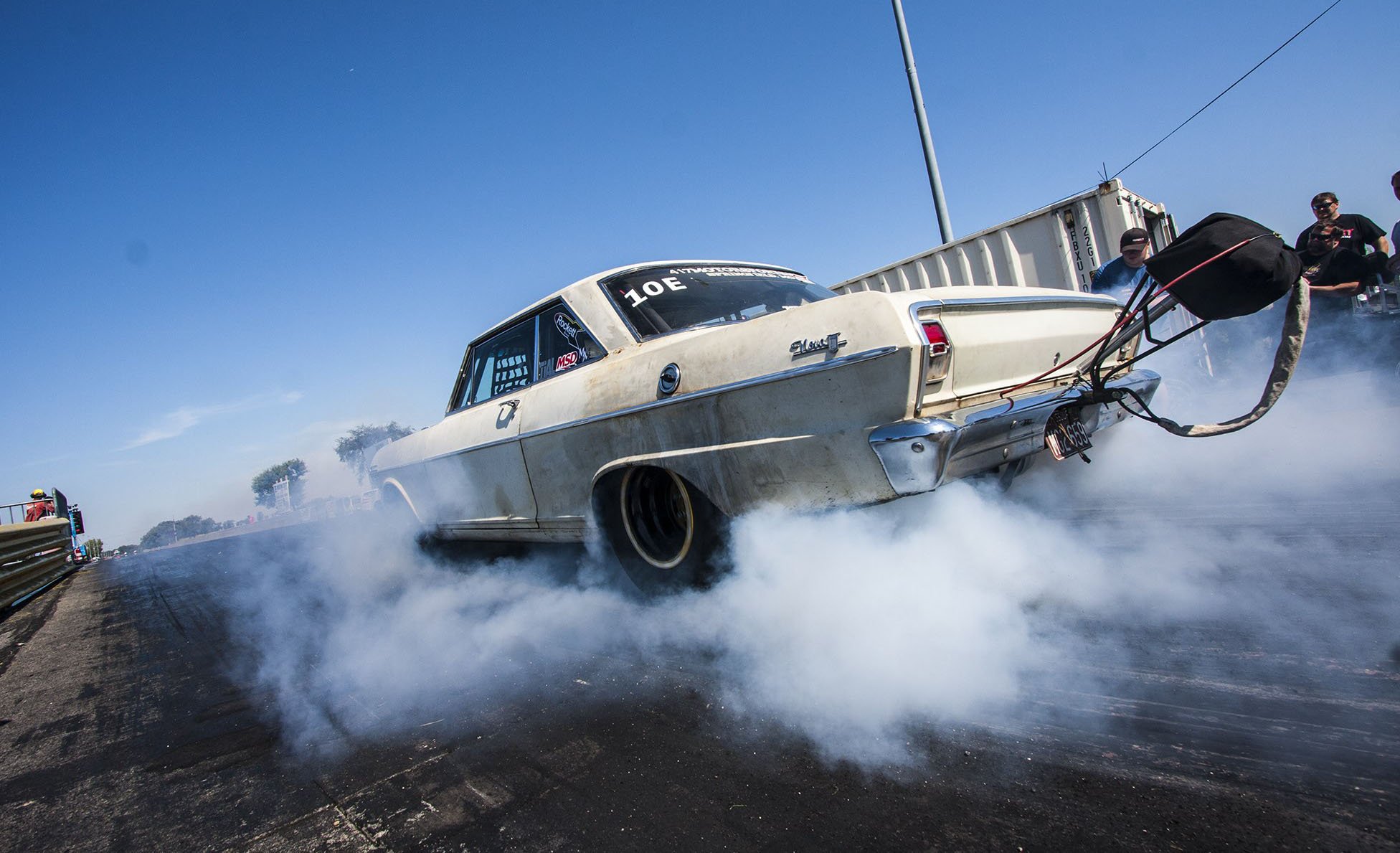 The unmistakable "Crusty Nova" of Shane McClelland also garnered a trophy in the Modified Power Adder class. Modified is where the quickest small tire Drag Week cars come to play, as non-stock rear suspensions are allowed with 325 mm being the max width for rear tires. Shane's Nova features a twin-turbo LS-based combination that is controlled by a Holley Dominator EFI system. Shane's weeklong average was 8.68. Jeff Sias Bangs Gears On His Way To a Super Street Naturally Aspirated Small-Block Class Win with Holley HP EFI 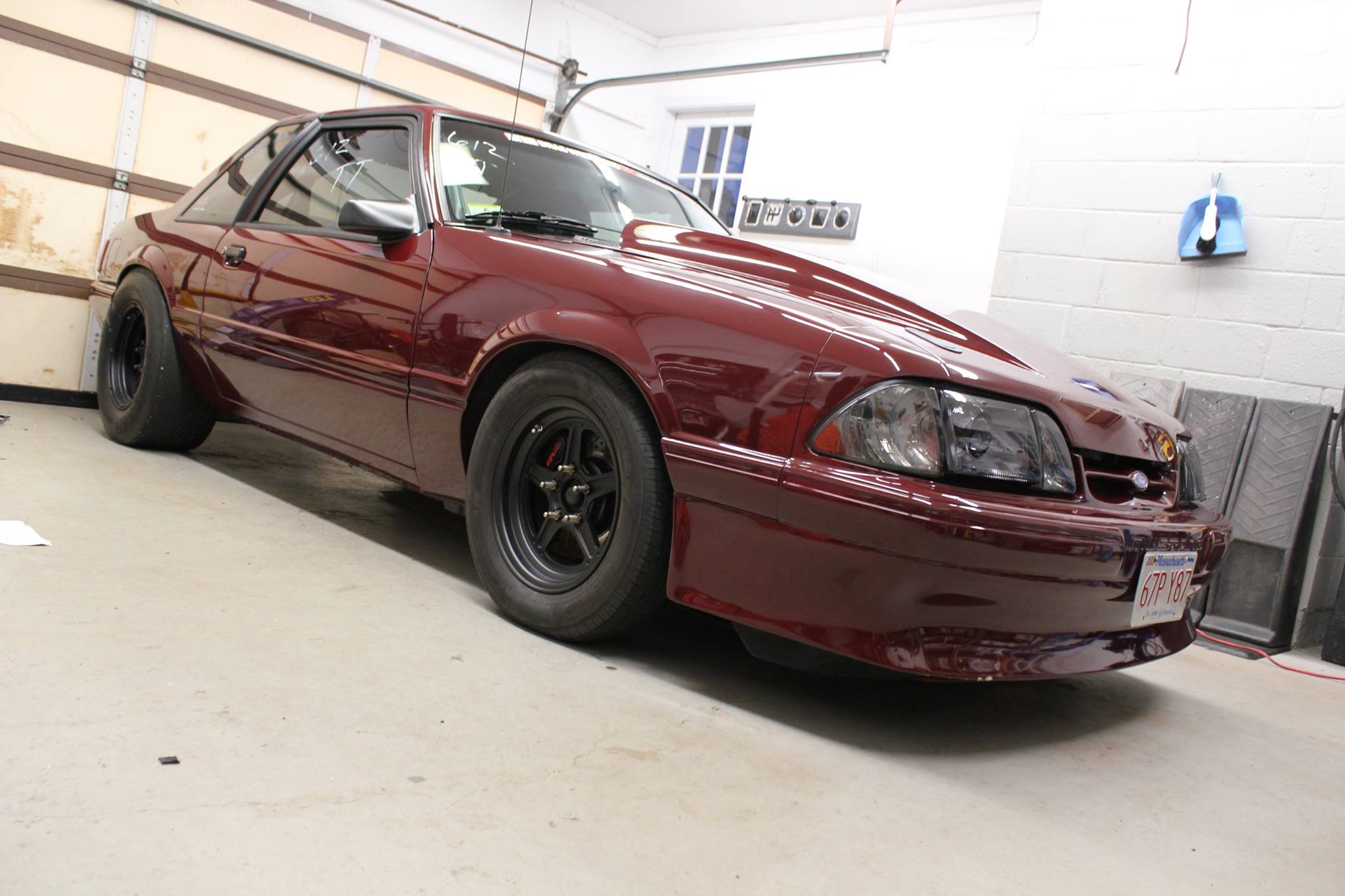 In an event where there are several cars capable of making 6-second passes, you might think I'm crazy if I told you that a 9-second Mustang was one of the most exciting cars to watch. However, Jeff Sias' 1990 Mustang is just that. The 427 cubic inch Fox-body posted a 9.97 second average with a 5-speed manual trans. Sias' high-rpm clutch dumps resulted in many wheels-up launches, and the sound of a high winding naturally aspirated stick car banging through the gears is music to any drag racing fan's ears. Jeff's 427 cubic inch combination is controlled by a Holley HP EFI system. Chris Bishir's Stock Bottom End 5.3 Delivers A Street Race Small-Block Power Adder Victory with Holley EFI 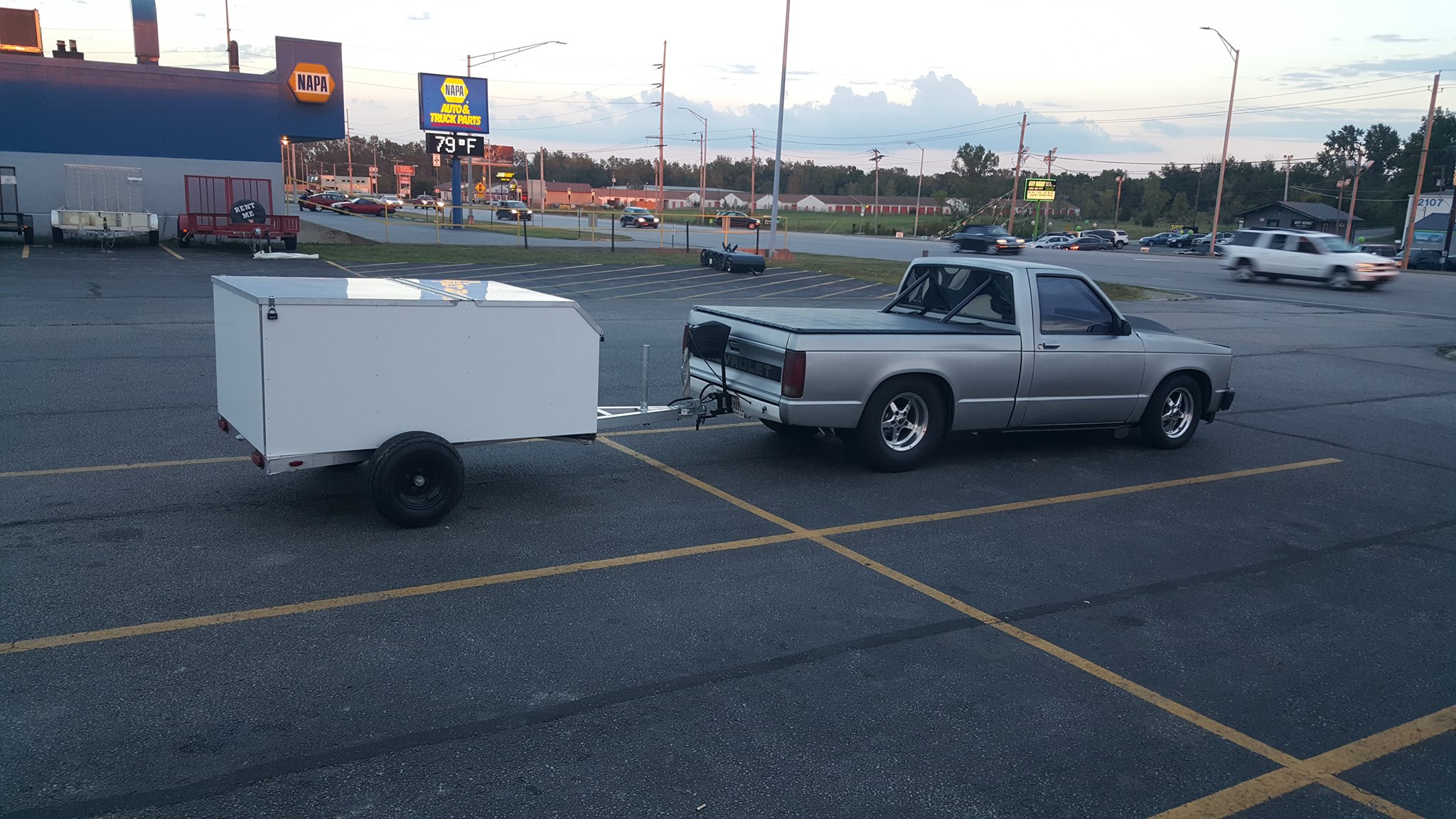 Chris Bishir's twin turbo LS-powered S10 is impressive not for what's done to it, but what is not. Chris won the Street Race Small-Block Power Adder class with an 8.60 average e/t, but most impressively, the 5.3-liter truck engine features a 100% stock bottom end. That means a stock block, crank, rod, and pistons withstand the power it takes to propel his truck to class-winning times. The tune-up in his Holley Dominator EFI system is spot on to keep the junkyard short block in one piece. Chisholm and Stasiak Dominate Gasser B/Gas with a Holley Dominator Carb 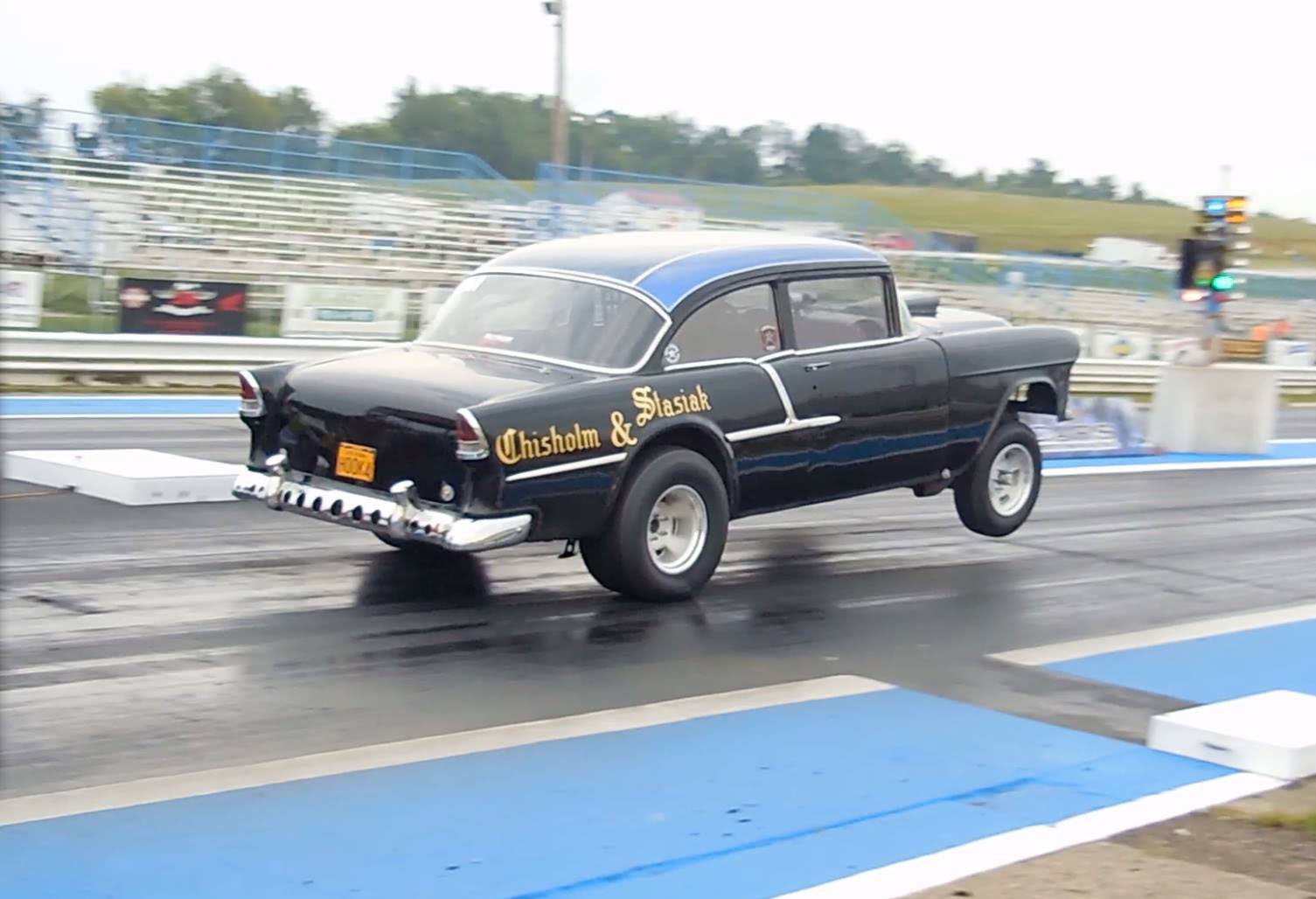 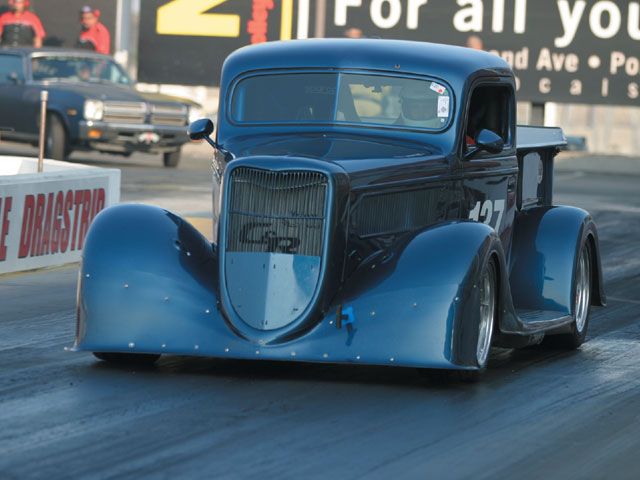 Continuing the carburetor love, Tom Ciancitto's '37 Ford pickup competed in the Hot Rod class, which is limited to vehicles produced from 1928 to 1948, but do not appear in the gasser style. Tom's Ford certainly does not appear "in the gasser style," as it is just at home going around road courses as it is going down the Drag Strip. Tom has used the truck to compete in the Optima Ultimate Street Car Invitational but decided to see how it would stack up on Drag Week this year. The 496 cubic inch big block also breathes through a 1050 cfm Holley Dominator , which provided the power to average a 10.2746 average e/t, which edged out Tim Hall's '47 International KB1 by 0.0114 seconds to take the class win.
Tags:Carburetor, Dominator, Drag Week, Holley EFI, Holley EFI