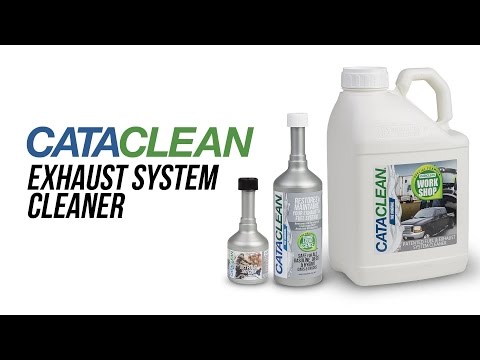 Cataclean is a patented EPA approved complete engine, fuel and exhaust system cleaner that reduces carbon build-up and also cleans your vehicle's oxygen sensors, fuel injectors and cylinder heads. Cataclean does not alter fuel composition and is safe for gasoline, diesel and hybrid engines. Testing at an independent emissions testing facility showed using Cataclean can lower your total hydrocarbon emissions (Performance results are dependent on driver habits and vehicle condition.) Use Cataclean to fix drivability issues such as power reduction, hesitation and hard starts, as a pre-treatment before an emissions test or to extend the life of your vehicle. A well-running engine helps to restore and maintain catalytic converter efficiency. Use four times a year to help maintain proper engine operation.

Pour entire content of bottle into fuel tank then drive for at least 15 minutes and refuel when necessary. For best results it is recommended to add one bottle of CATACLEAN® LIQUID SCIENCE to approximately 1/4 tank of fuel.