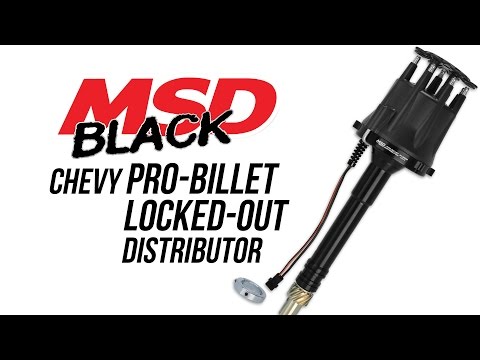 For taller blocks or decked heads. Must be used with an MSD 6, 7 or 8-series ignition.

Starting at $30 a month with

If you have a slightly taller block or have decked the heads, the distance between the distributor mounting pad and the cam gear/oil pump drive may be different. MSD offers these Distributor with an adjustable slip collar with 1.5" of adjustment so you can be sure the distributor is installed correctly. The distributor shares the same features of the standard Pro-Billet Chevrolet model including a ball bearing guide, long sintered lower bushing and an oil seal. To trigger the MSD Ignition a maintenance-free magnetic pick-up is secured in the billet base of the distributor. Just above this pick-up assembly is an adjustable mechanical advance assembly.