LS Fest 2016 drew to a close after a packed house cheered our Drift Challenge competitors on to a spectacular finish at Beech Bend Raceway's 1/4 mile oval track. The Drift Challenge continues to grow year after year at LS Fest, with 23 drivers arriving at Beech Bend in various LS powered European and Japanese platforms to duke it out on track. When the dust settled, long time LS Fest drift challenge competitor Nick Thomas took home the P1 podium spot, followed by Tyler Nelson and Jonathan Nerren, both ZENNA tire sponsored drivers. 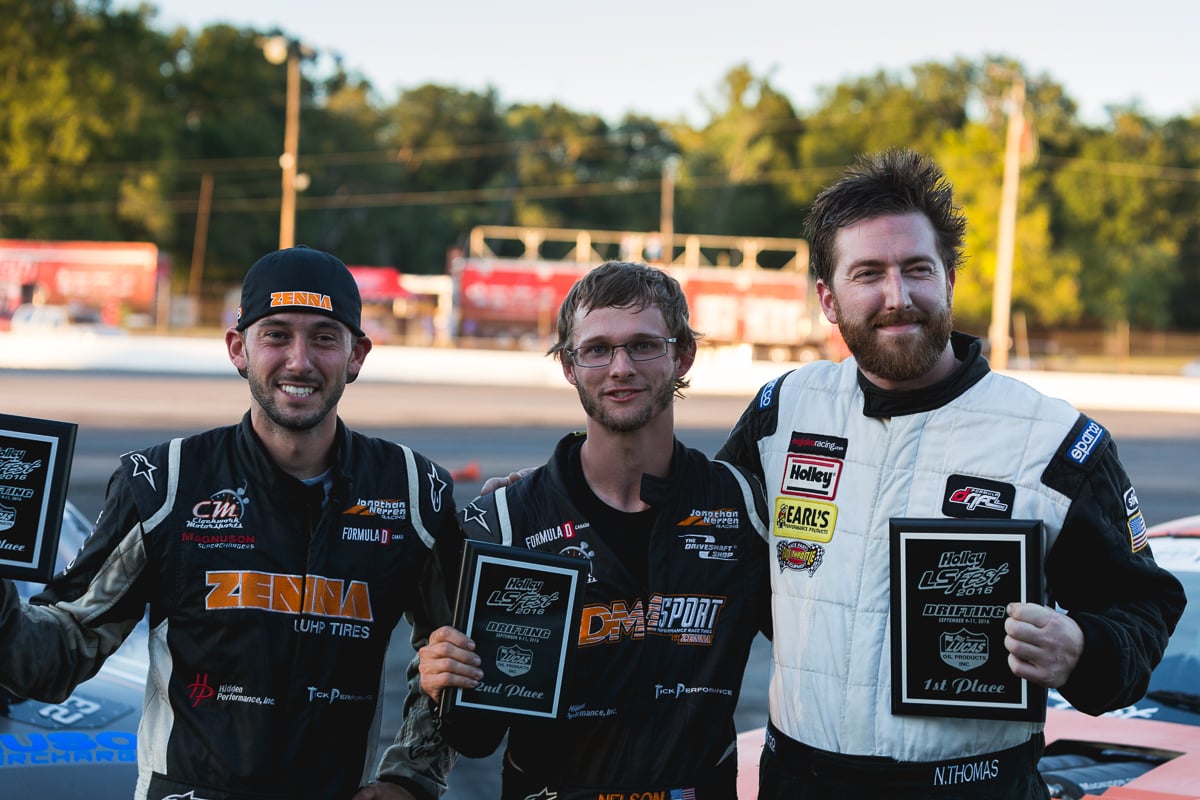 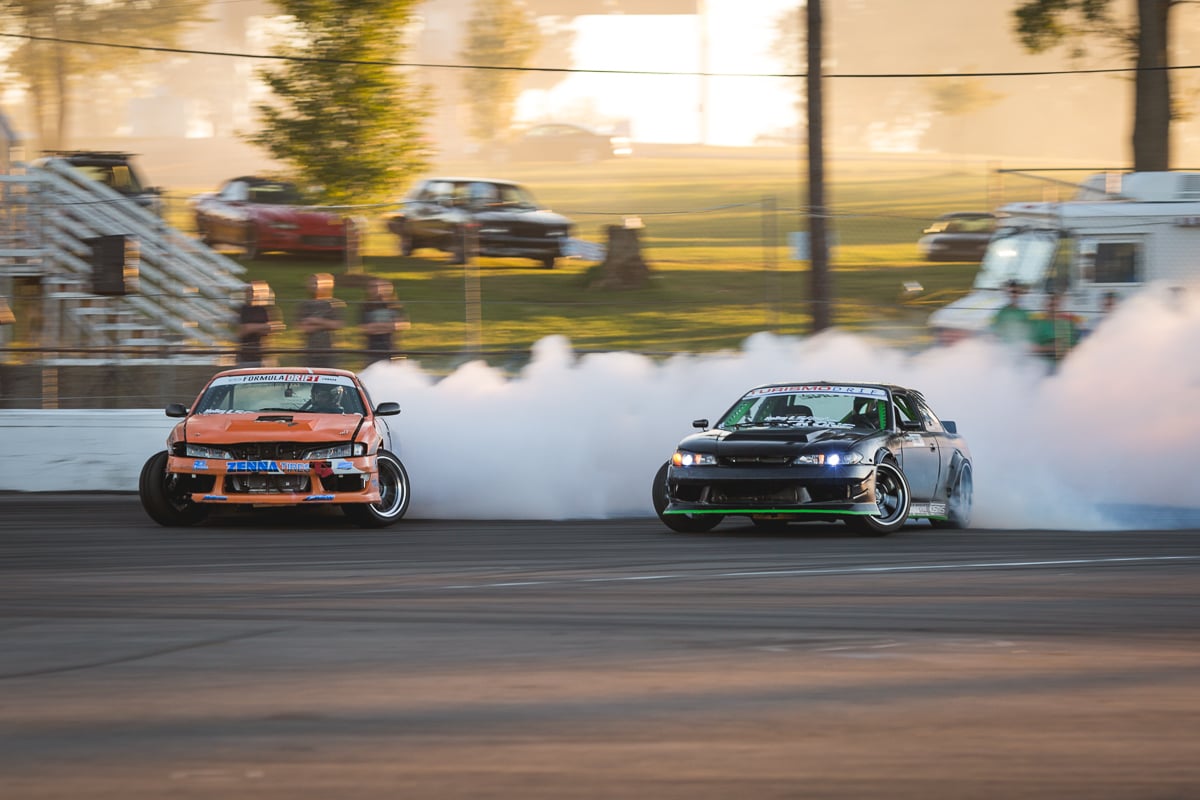 This year Mike Dusold from Lewisville, TX brought his Dusold Designs 1967 Camaro up to play with the rest of the Grand Champion competitors. He’s been constantly improving his Camaro platform over the last few years, slowly turning up the wick and dialing in the car. He piloted the car through the Grand Champion drag class, NCM and Beech Bend autocrosses, and the 3S Challenge and landed on top of the scoreboard when the event finished out at 4:00 p.m. on Sunday afternoon. He scored 22 points on the NCM autocross, 20 at the Beech Bend autocross, 25 in the drag race, and 18 in the 3S challenge, tallying up a total of 85 points overall. This edged out Ridetech Suspension’s Bret Voelkel whose drag race score contributed to a 25 point difference between first and second place. Al Unser Jr., that’s right, Al Unser Jr. competed in LS Fest this year, took the third place spot, missing second place by two points with a total of 58 points overall.

Since LS Fest rules do not allow last year’s Grand Champion winner to take top spot two years in a row, Danny Popp wasn’t able to compete in the regular running for Grand Champion. However, that didn’t stop him from competing in the all-around competition in the Past Grand Champion’s class. Danny Popp took home that victory at the wheel of his late best friend Todd Rumpke’s C6 Z06. Todd recently lost his battle with cancer, but it became apparent very early on that Todd was there with everyone in spirit. With a marked off and coned grid location for Rumpke in place, competitors and friends alike all signed the grid location and remembered their good friend and competitor. Sonya Rumpke, Todd's wife, traveled down to Bowling Green, KY and rode shotgun in her husbands ‘Vette as Popp piloted the car around the Beech Bend autocross circuit to remember and honor Todd, both a great racer and friend to many in our small automotive group of friends. Sunday afternoon Todd was named an honorary Grand Champion of the 2016 Holley LS Fest. To see the complete results and scoring breakdown, follow the below links to the full competitor results below. Please keep in mind: Our ranking system is based on a 25 point scale, but ranks only the first 20 places. IF you placed lower then 20th position, you were not granted any points for that specific event segment. 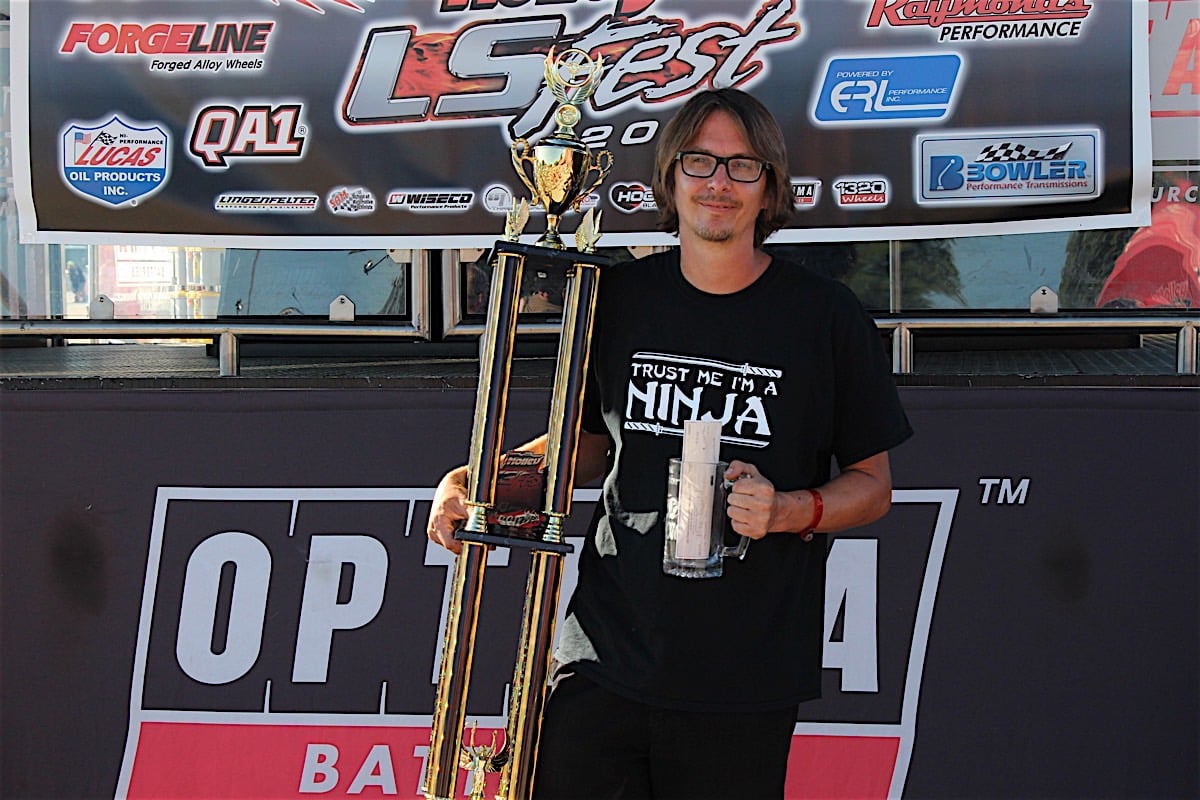 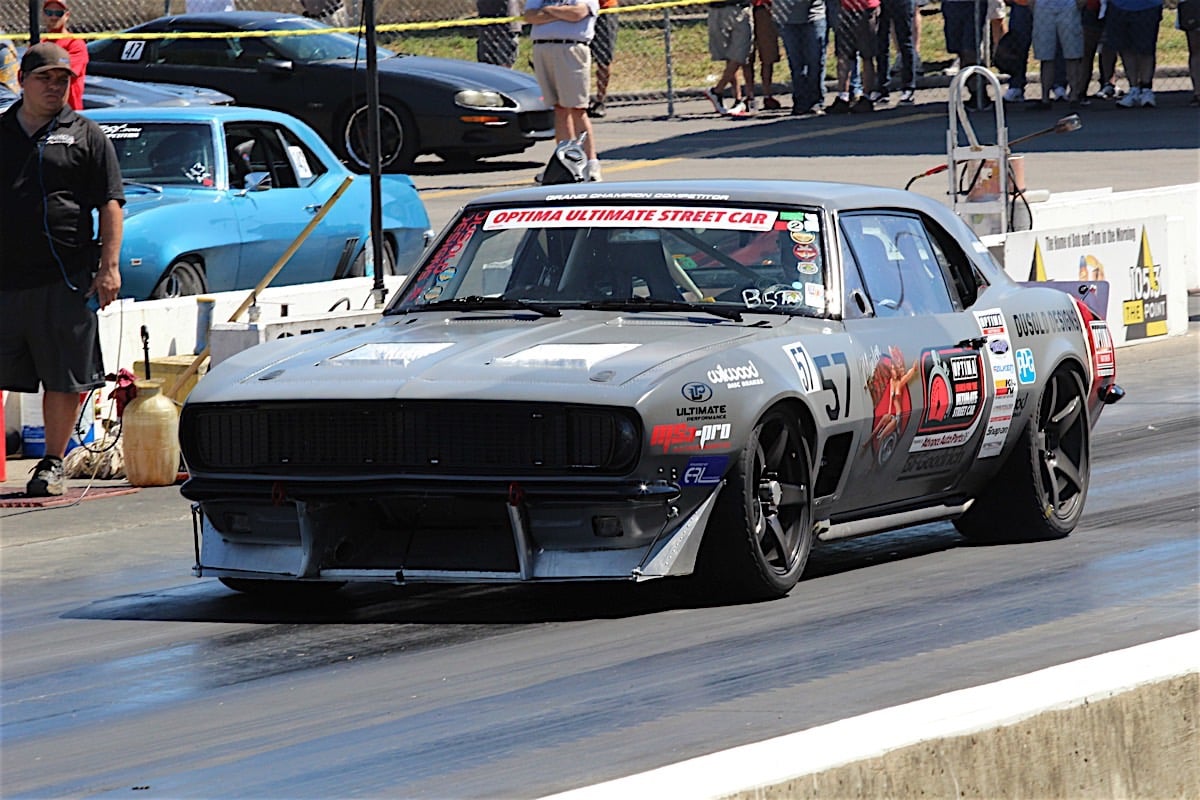 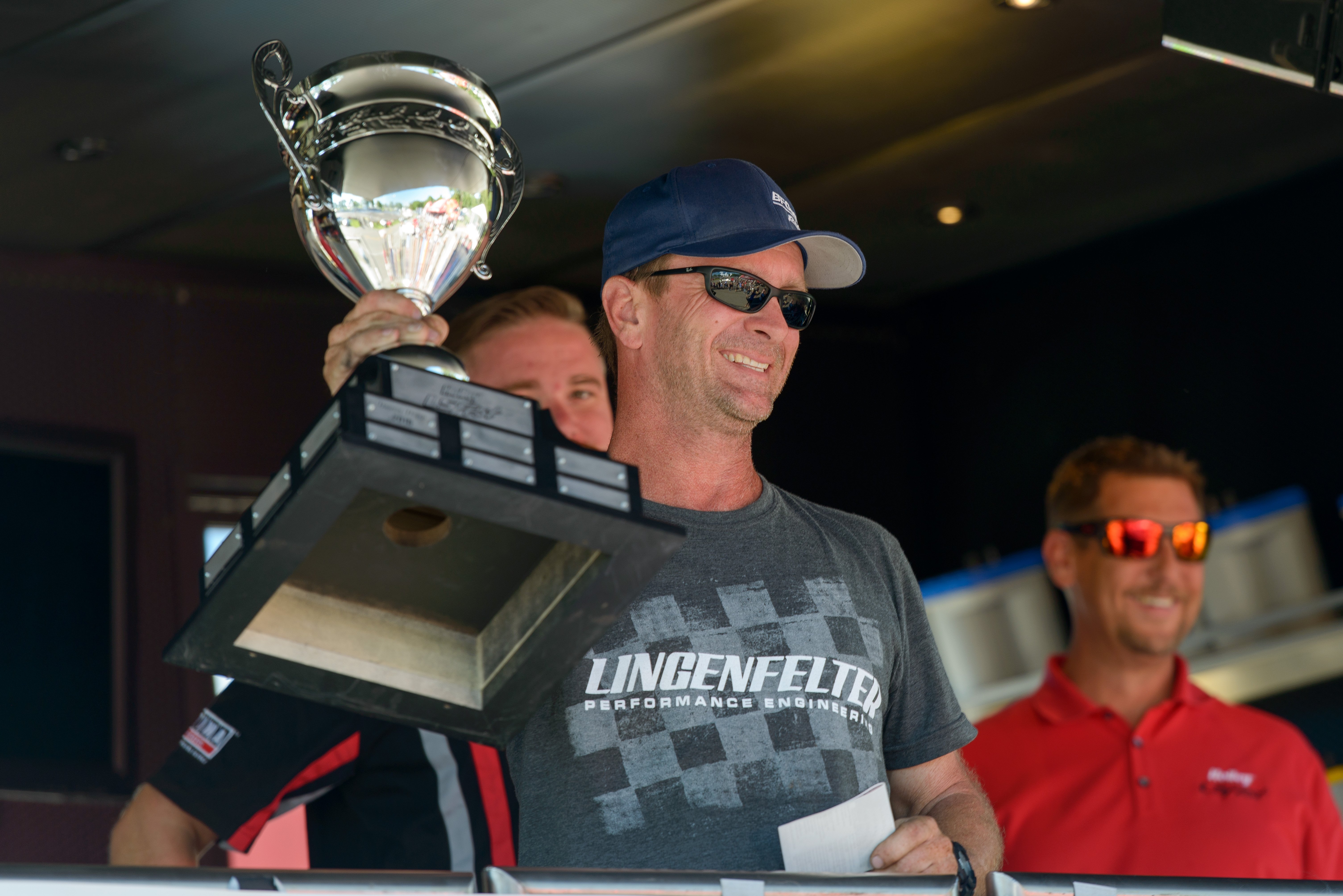 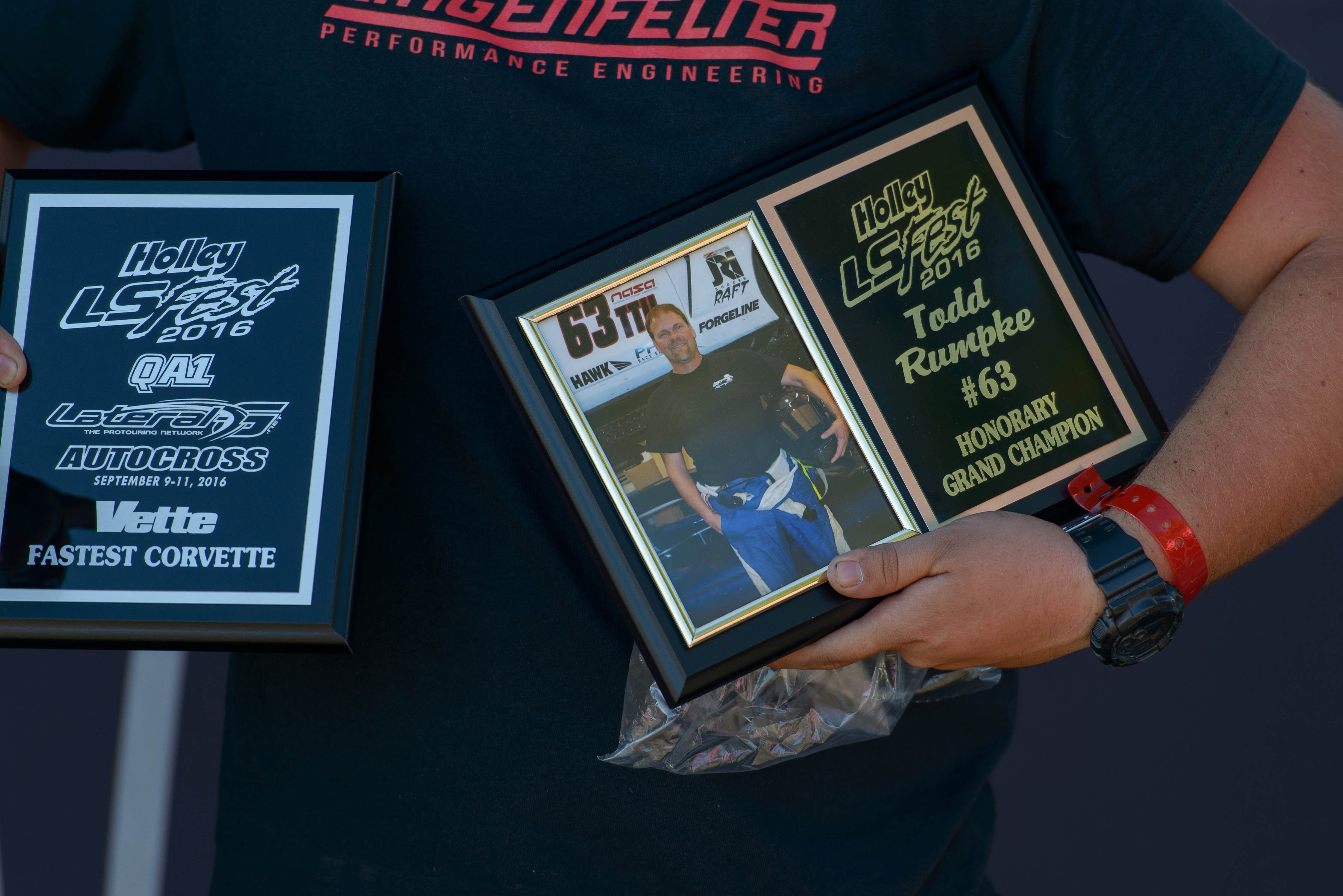 See the rest of the CHP Autocross Shootout results here! 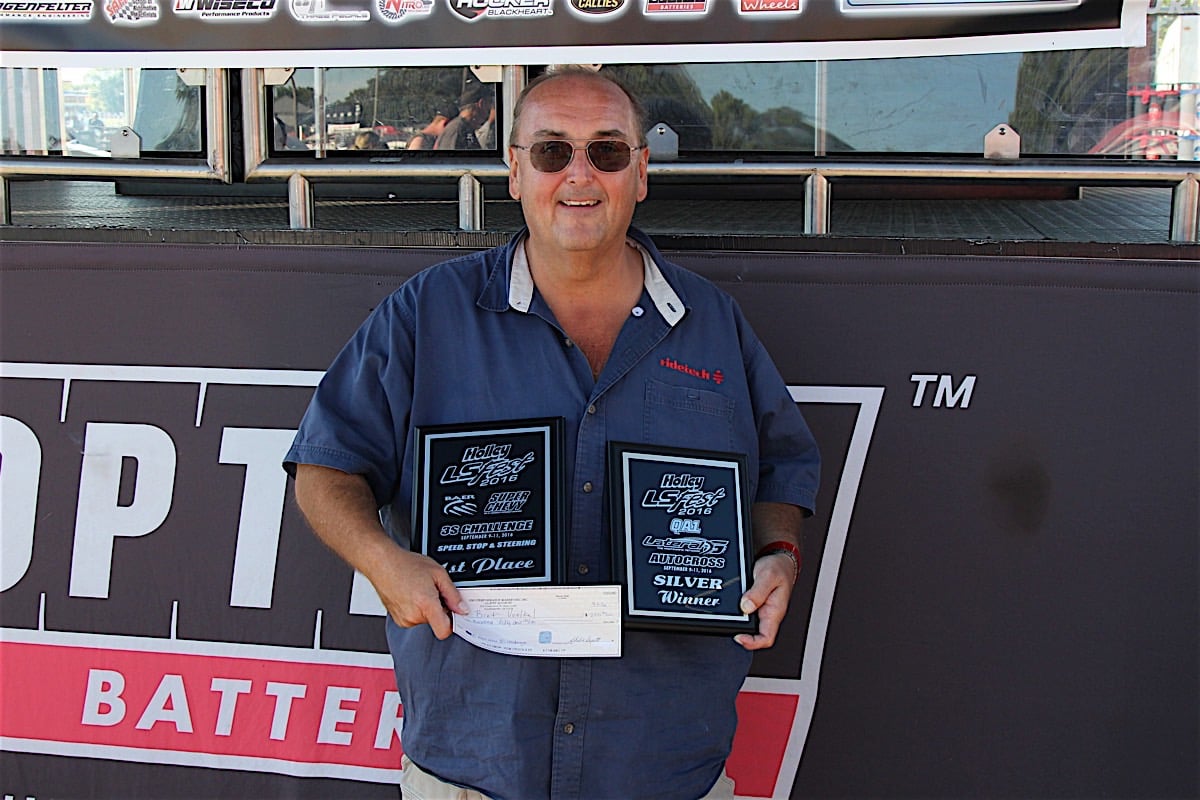 Sometimes it's nice to just hop in the car and go for a cruise. Keith Hoover did just that and ended up winning $500! He headed out into the Kentucky countryside equipped with his LS powered 1956 Chevrolet and his camera determined to find as many of the items on our Countryside Cruise Scavenger Hunt as he could. He ended up snapping more pics and checking off more items than the rest of those who participated in this family friendly, light-hearted competition and took home a $500 Holley/MSD product certificate to help him spruce up his ride over the winter! Congrats Keith!

The LS Fest Dyno Challenge might be more static than other aspects of our show, but don't think that it isn't just as impressive. This year we saw four digit horsepower figures from the winner of the Power Adder class. Anthony Peck topped the charts of the Redline Motorsports Dynojet chassis dyno. His 2010 Chevrolet Camaro turned the rollers to the tune of 1,290.81 horsepower. Anything just shy of a thousand horsepower is nothing to be ashamed of. Hussain Alhashim put down 986.32 horsepower in his 2012 ZR1 Corvette, followed closely behind by our third place finisher, Jeremy Rogers. His 1933 Chevrolet 1500 is no slouch, making 927.88 horsepower.
Sure, four digit horsepower is always impressive, but it begs the question: "Is it always possible to put all that power to the ground effectively?" The all-motor class of our dyno challenge is in place at LS Fest to see just how much horsepower some of our participants are making without the extra oomph of a turbocharger, supercharger or nitrous. Keith Sullivan was able to produce 535.68 horsepower on his 1999 Chevrolet Camaro taking first place. What's amazing here is that 1st and 3rd place were only separated by a range of .92 horsepower! Max Kami nabbed secured a second place finish with his 2007 Corvette, generating 535.12 horsepower, whereas Jacob Boutz took home a third place podium finish with his 2008 Corvette, laying down a respectable 534.76 horsepower.

The Car Craft Engine Swap Challenge is always a crowd favorite at Holley LS Fest. Two teams working to install LS engines into identical vehicles with Holley, MSD and Hooker BlackHeart exhaust components against the clock is always guaranteed to impress. With the bleachers lined and people filling every gap around the engine swap challenge tent, the stopwatch began counting and both teams started turning wrenches. CJ Durbin and Tyler Sandau from Moline, IL competed against a father and son team Eric Bujnevicie and Austin Bujnevicie from Tennessee to see who could successfully remove their old engine and complete a running LS swap in their third gen Camaros in the shortest elapsed time. As the crowd of spectators watched, eventually the teams stopped turning wrenches and progressed into the wiring phase. Eventually speed, early event prep, and a bit of lady luck favored the crew from Moline, IL. They completed their swap and took the victory. The time? One hour and twenty six minutes. The prize? CJ and Tyler took home the LS engine along with all of the Holley/MSD components! 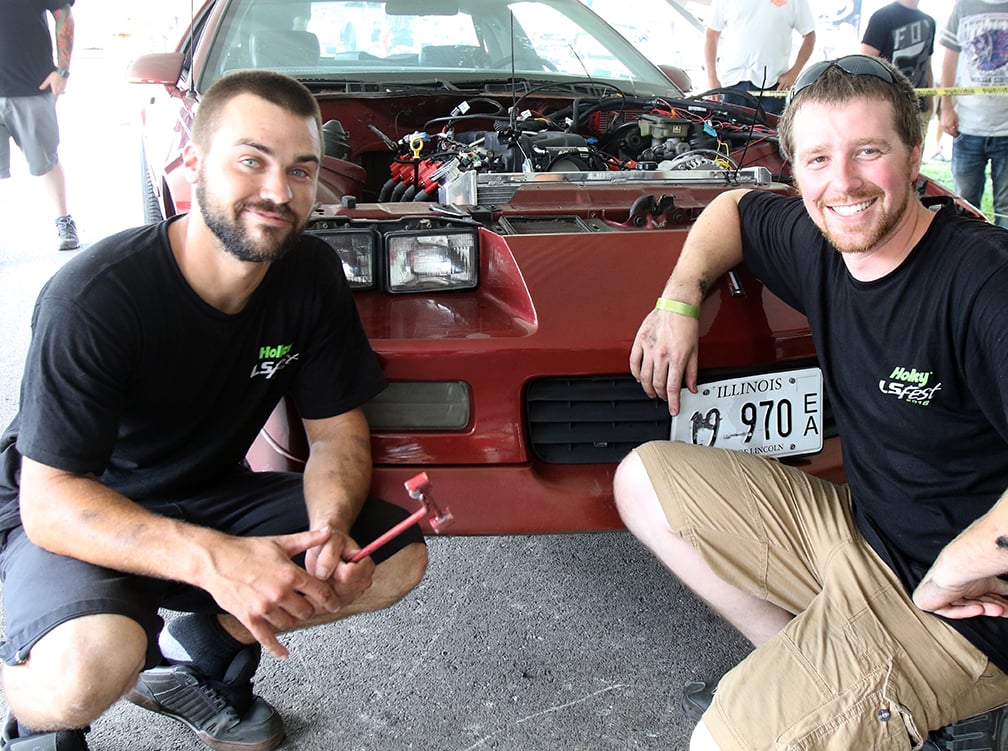 The NCM Motorsports park is a relatively new addition to Bowling Green, Kentucky. With so many performance cars descending upon our motorsports town, we thought it fitting to add yet another new event to LS Fest. Enter the Grassroots Motorsports Road Course Challenge. As the newest event segment of LS Fest, this event crowns those with the lowest elapsed lap time the winner in three classes: Stock, Street Prepared and Full Race. Racers ran the two mile West Course portion of the NCM Motorsports Park Friday and Saturday. Grassroots Motorsports | Forgeline Wheels Road Course Challenge class winners listed below:


Holley LS Fest spectators always benefit from an abundance of drag racing classes each year. This year we had a full roster of classes and no chance of lackluster entertainment due to the huge amount of drag race participants spread across the available classes. See below to get the low down on who took home class wins for 2016.
LS Fest 2016 Drag Race Class Results 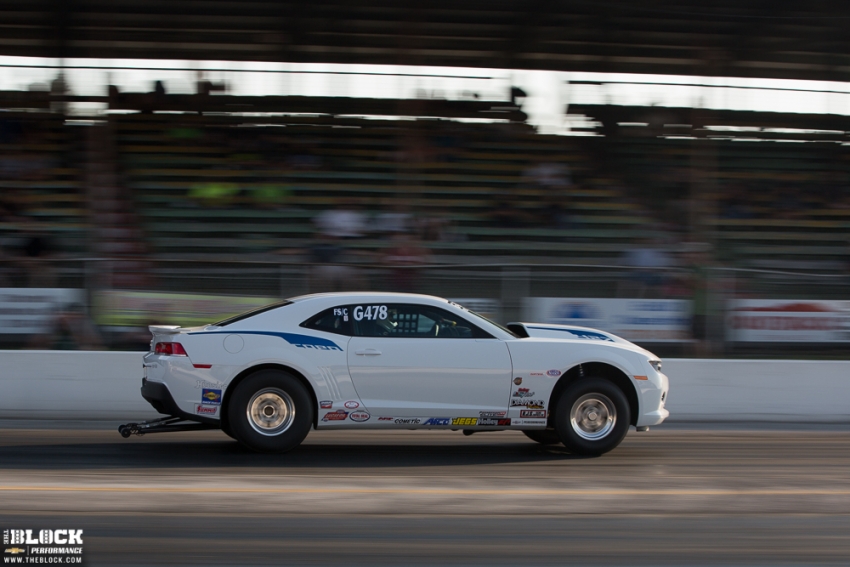 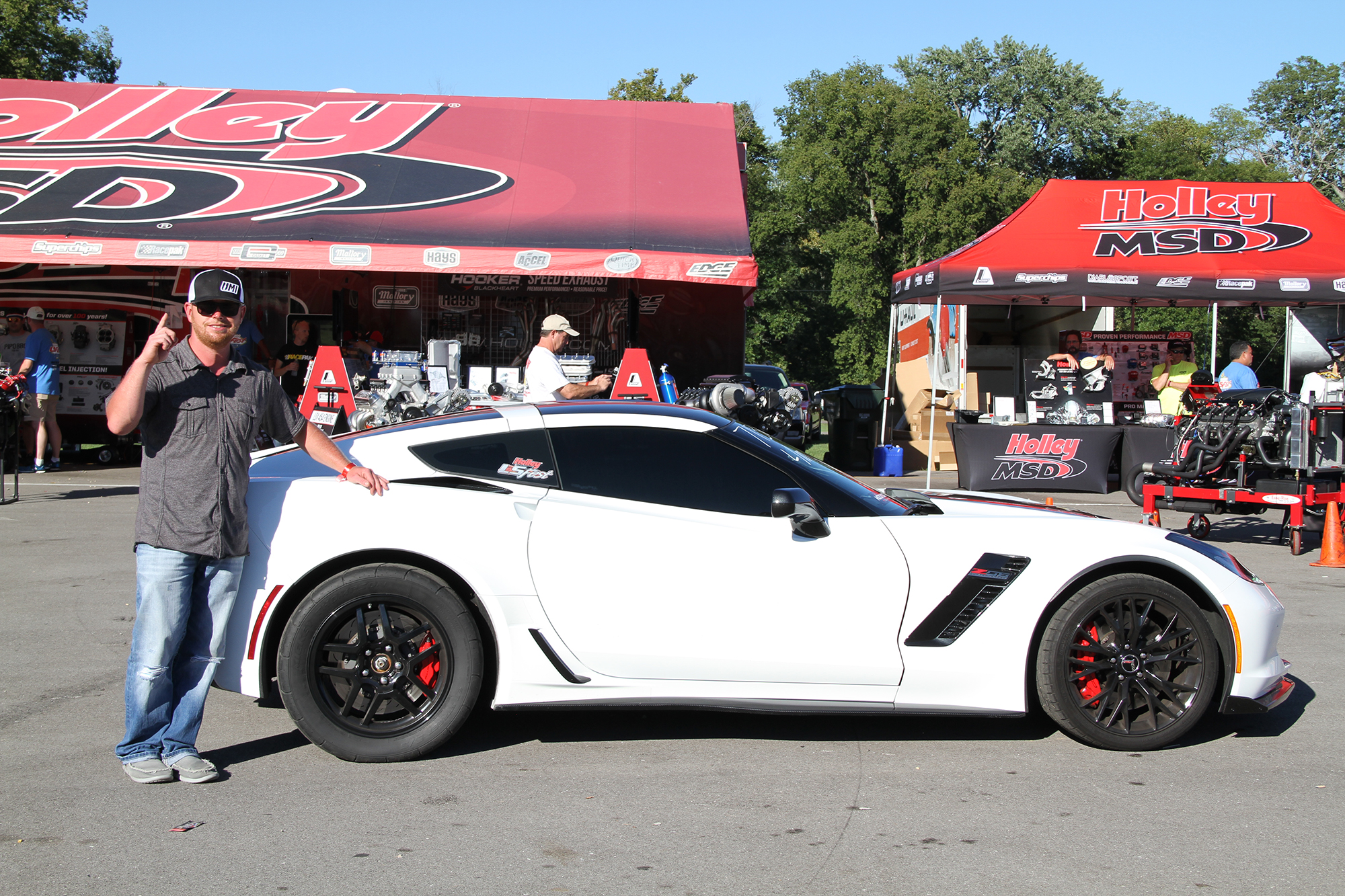 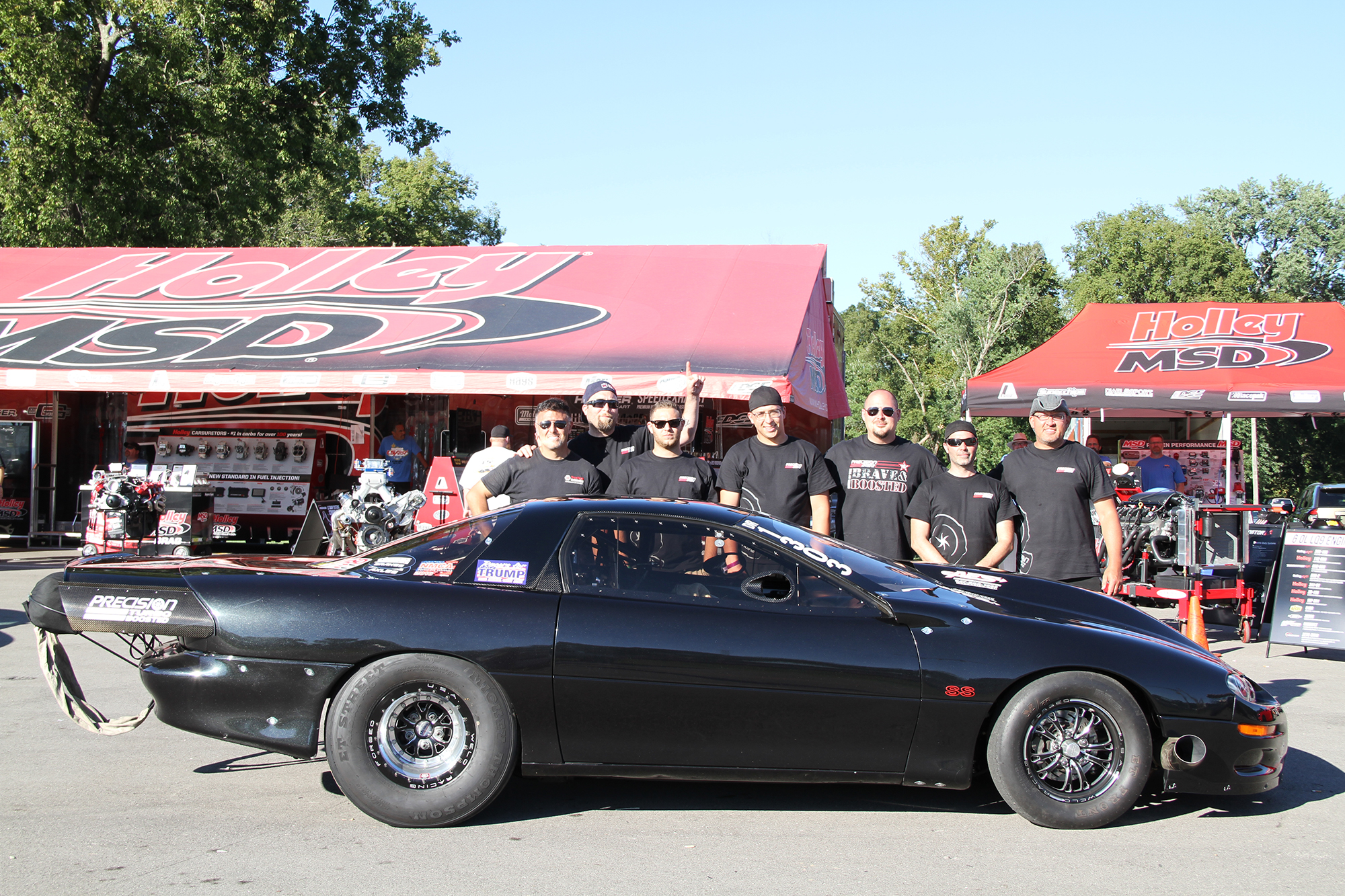 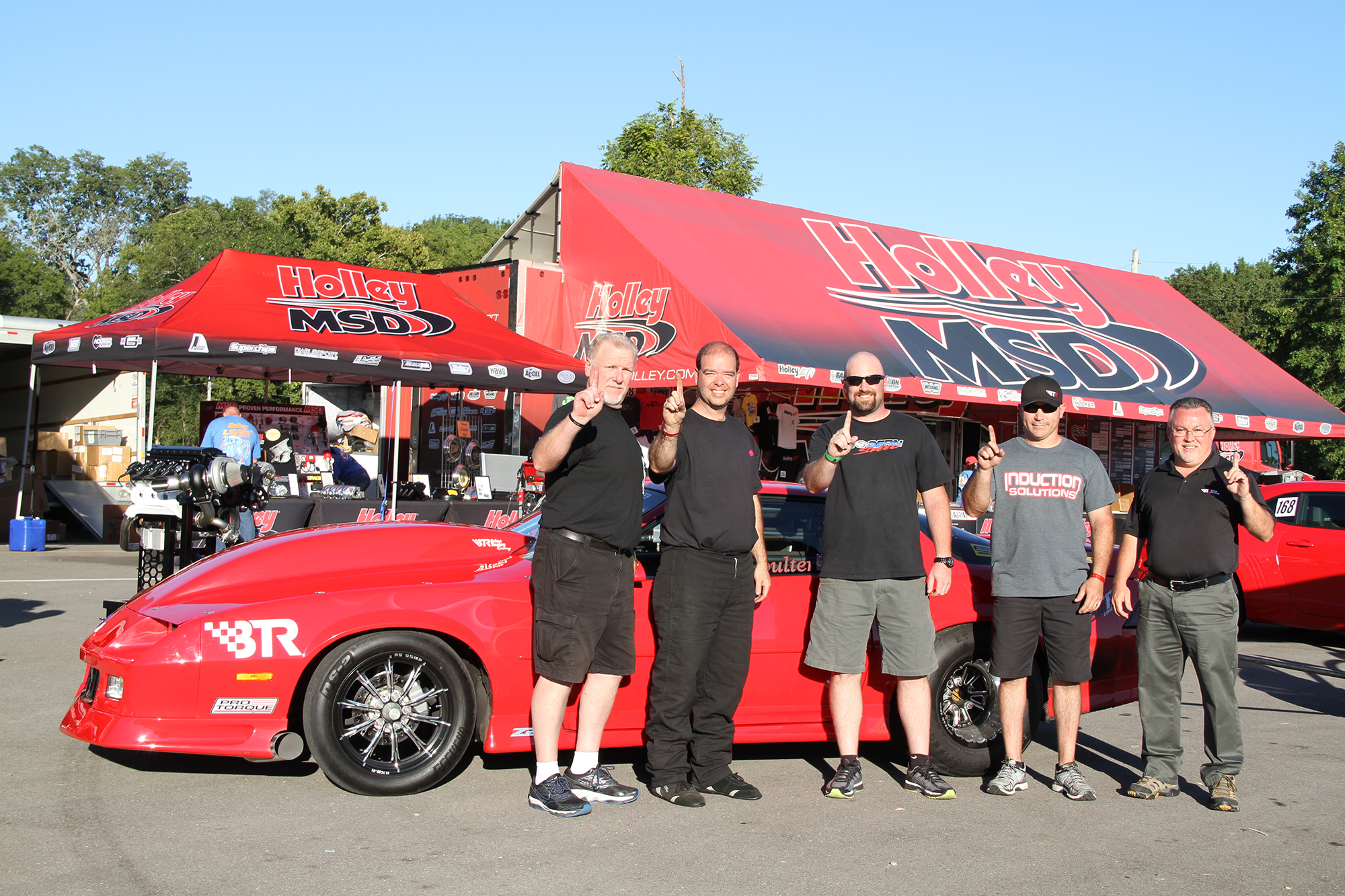 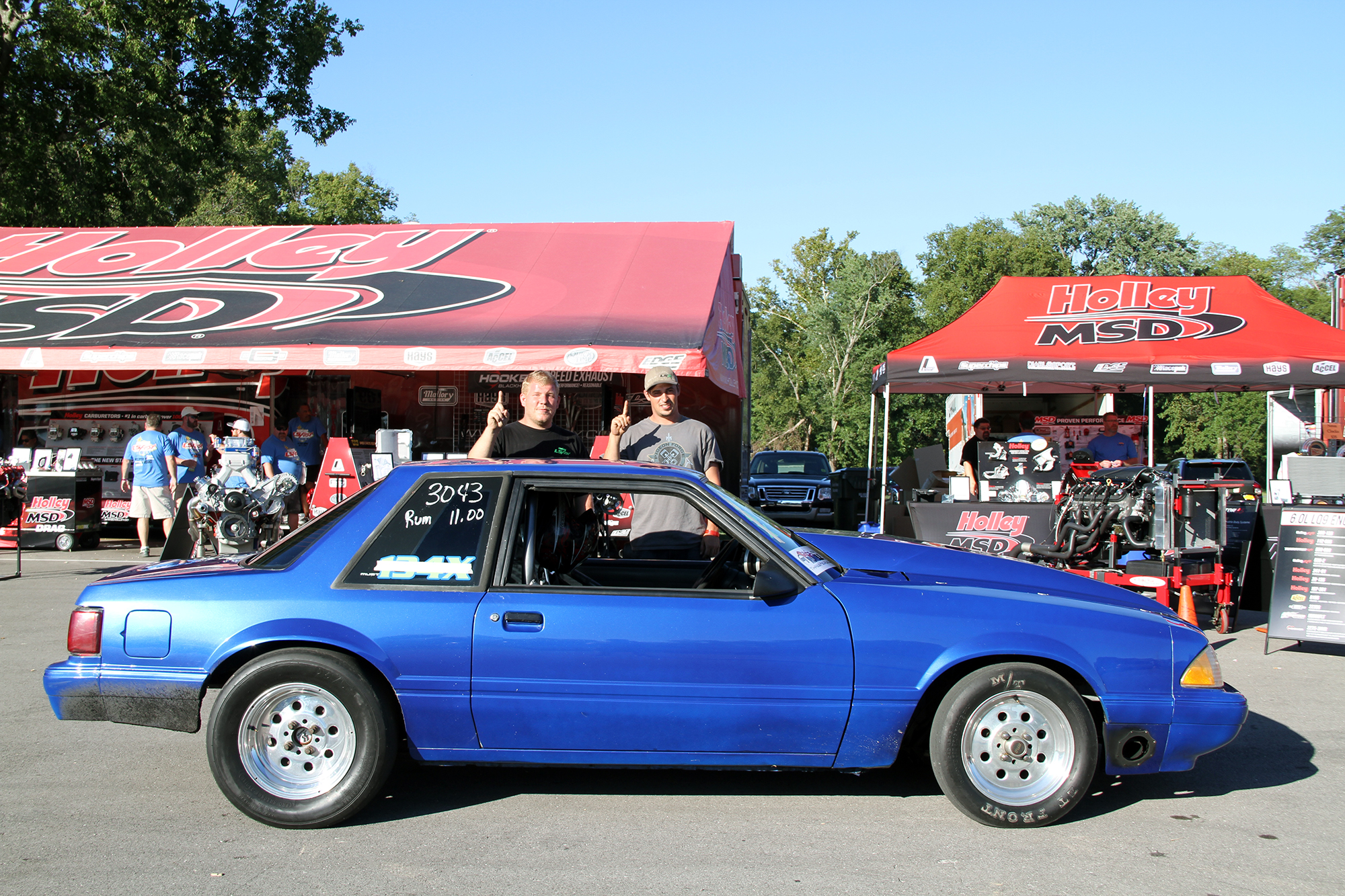 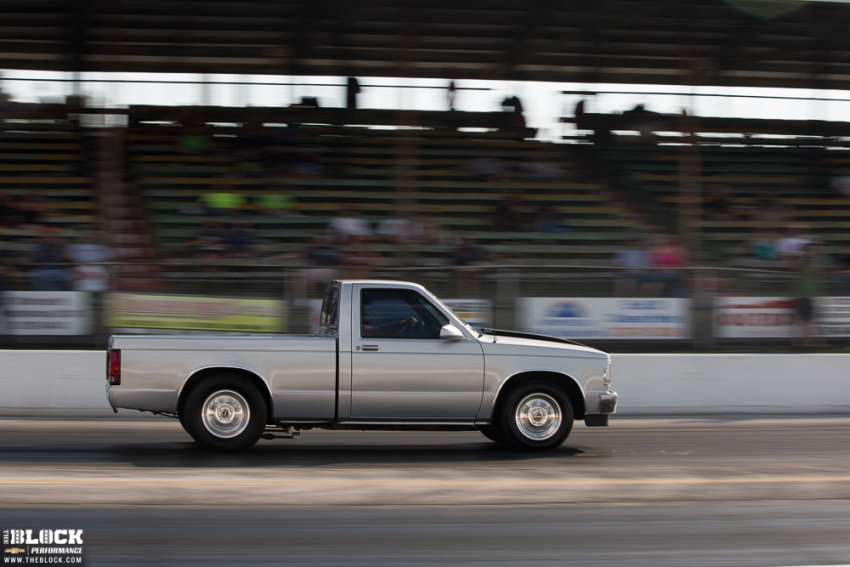 This year we had a total of 278 car show entries. The car show portion of the event simply continues to grow year after year. Everything from works in progress to custom component cars like the Superlite SLC showed up this year. Read on to see the winners of each of the Show-N-Shine classes for 2016: 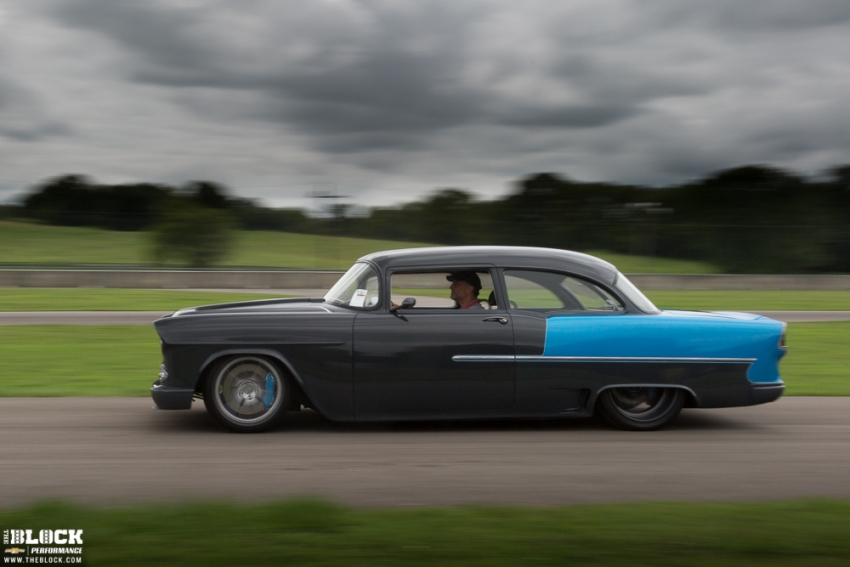