With massive growth across the board, the 2nd annual Holley LS Fest West at Las Vegas Motor Speedway exceeded all expectations. Spectator attendance was up 96% from the inaugural 2017 event, participant attendance rose 45%, vendor participation climbed 22%, and total attendance was up by 62%. 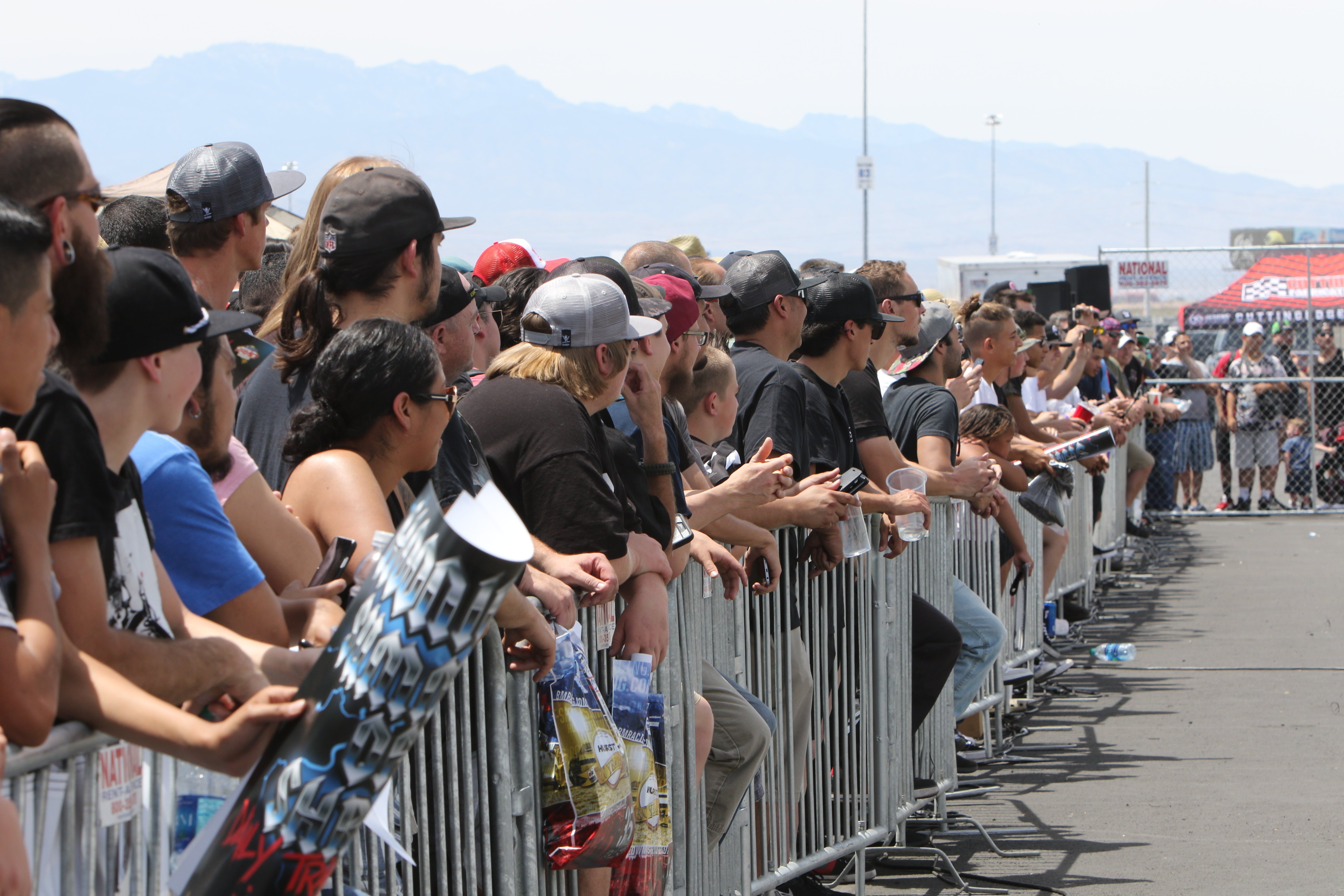 Hoonigan filmed episodes of "Daily Transmission" throughout the event that aired on their YouTube channel for an audience of more than a million viewers, and YouTube personality Cleetus McFarland enjoyed a massive following wherever he went all weekend. McFarland's incredibly popular "Leroy the Savage," a stripped-down Corvette that has to be seen to be believed, charged down the quarter-mile drag strip and burned rubber at the autocross and 3S Challenge to the cheers of the crowd. 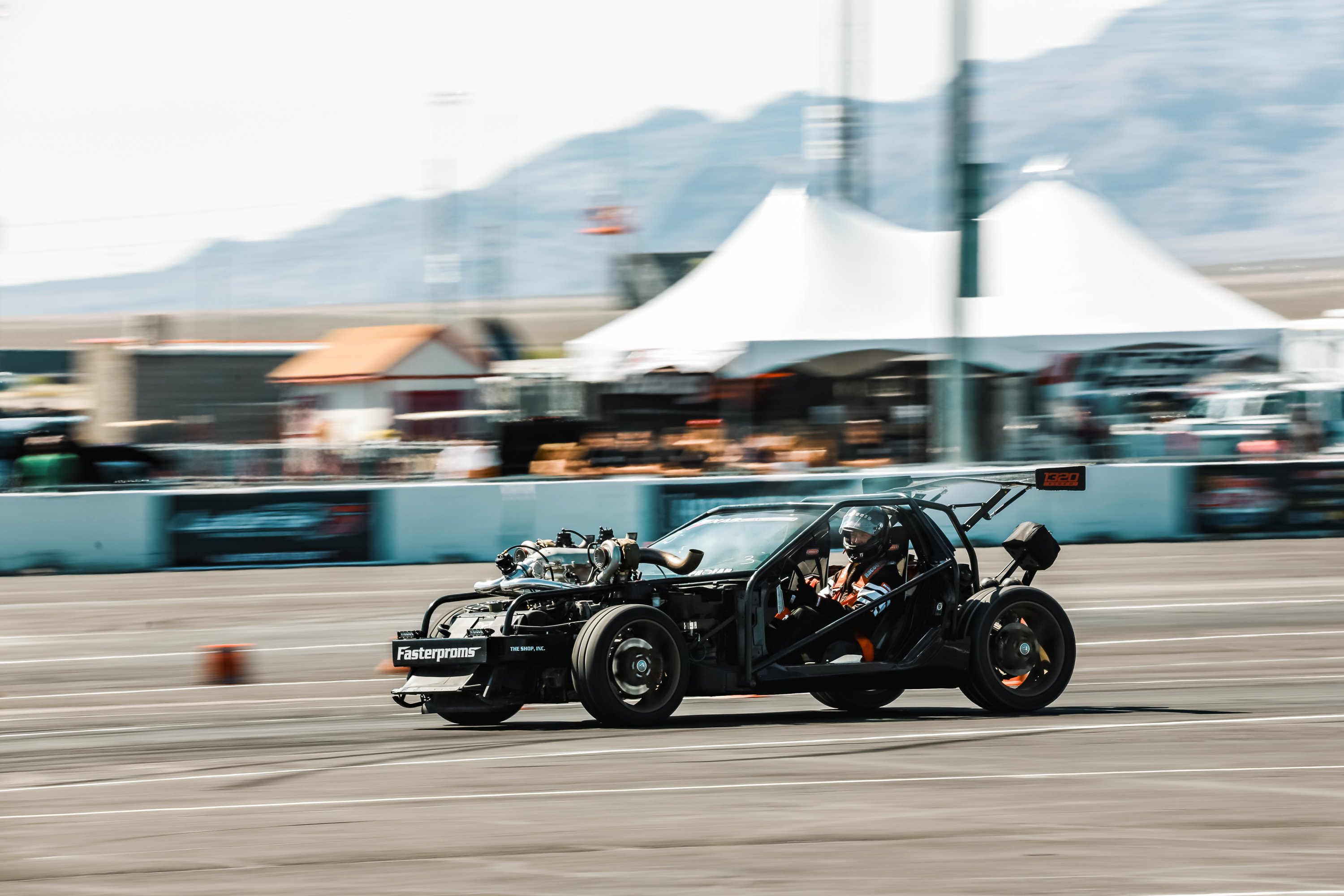 Mr. Chow's Side Show (above) brought two full car haulers and a third trailer full of vehicles to Las Vegas and created a special controlled burnout box. Their 21 cars filled the area with burnout and donut smoke all weekend, and the popular spectacle was open to all registered LS Fest West machines. "The whole thing was just amazing," Mr. Chow said. "I've been there both years, and you could tell how much bigger everything was this year – the events, the number of venues, everything. As far as the Side Show itself, it was awesome. Nowhere else do we get to run as free as we do at LS Fest West, and that really made it a lot of fun for everybody." Another aspect of LS Fest West that's hugely popular with both participants and fans was the Burnout Challenge. Dozens of drivers took part, and when the billowing clouds of smoke literally had cleared, Rene Hidalgo Jr. "smoked" the competition and was declared the winner over many other equally deserving drivers. 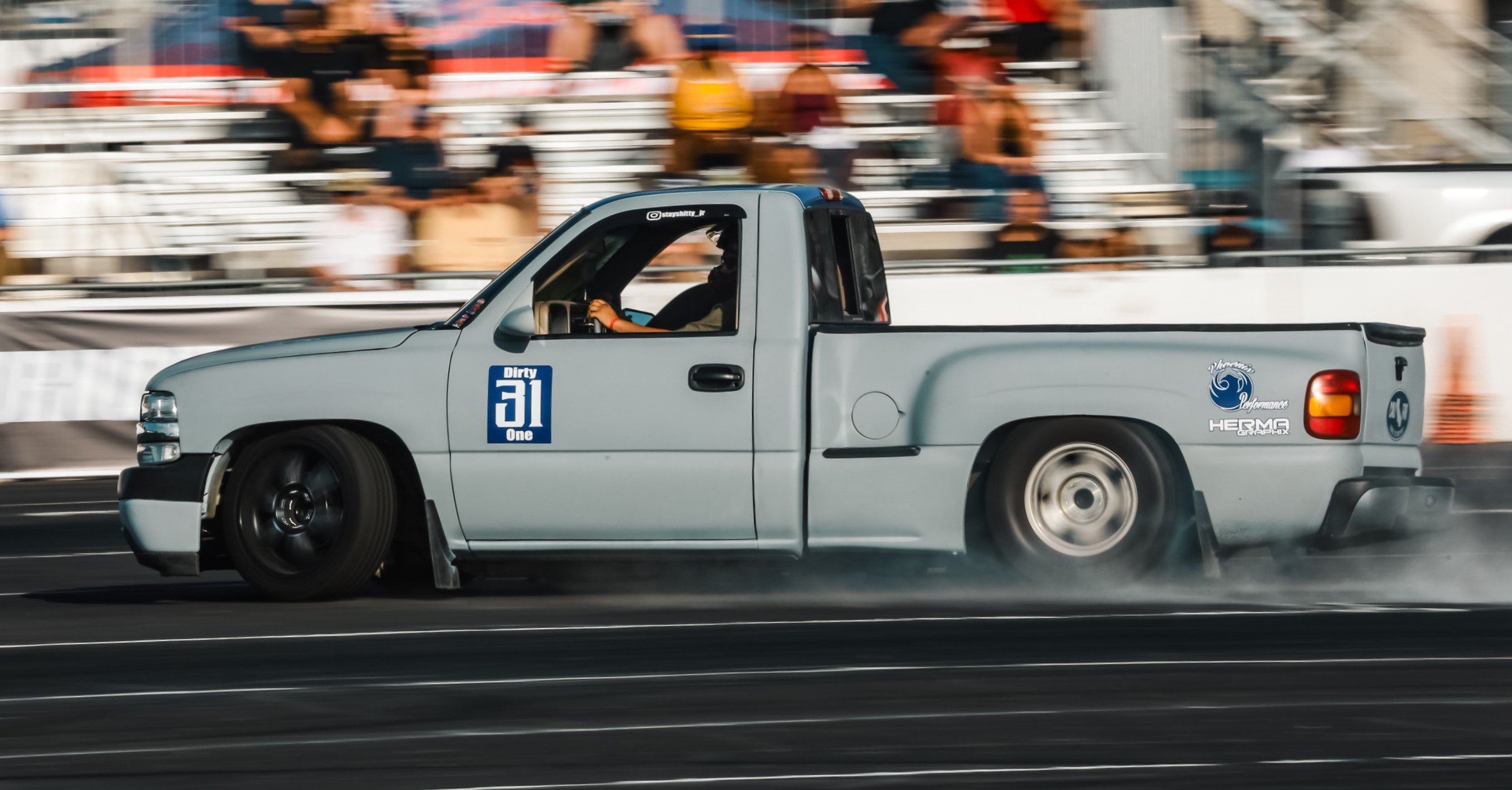 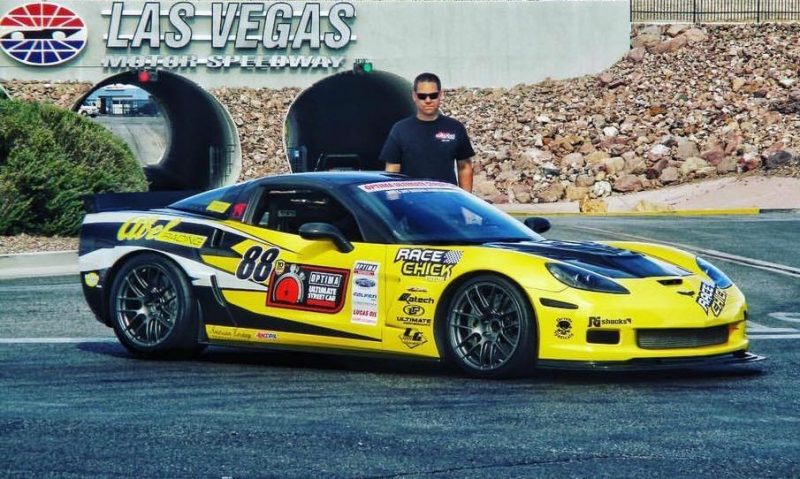 California's Rich Willhoff (above) took the final step after finishing second at both LS Fest and LS Fest West in 2017 and won it all in 2018, claiming the overall Grand Champion crown by taking first place in the Racepak Road Course Challenge, Baer Brakes 3S Challenge, and Lateral G/QA1 Autocross at the wheel of his '06 Corvette. Joining Willhoff as a Grand Champion was Kevin Phillips, who became the first-ever Truck Grand Champion with his '91 Chevy S10. 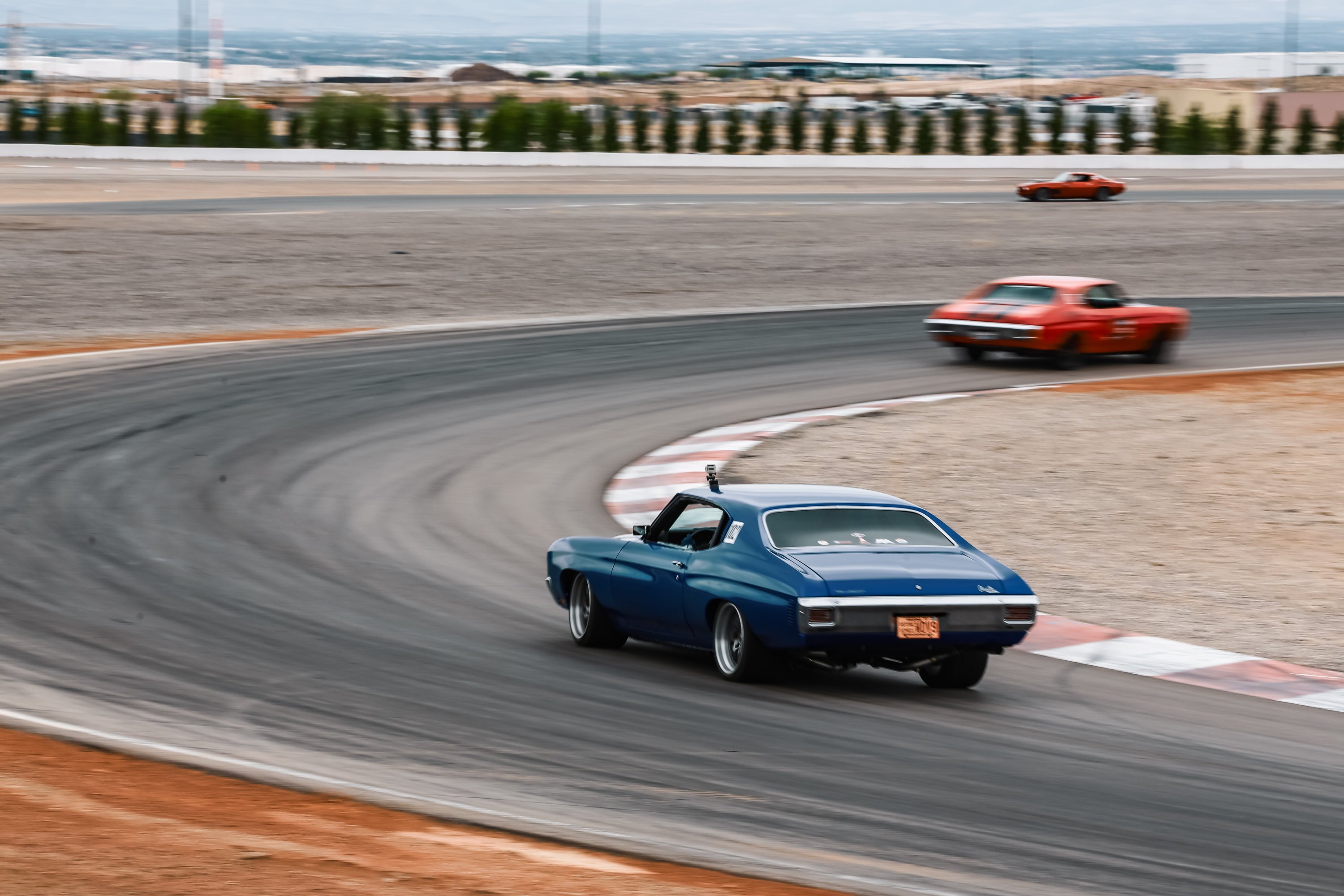 "It was just a great event," Willhoff said. "I love seeing the spectators and having people from all over come up to talk about the car. At LS Fest, you just meet so many cool people. The Racepak Road Course Challenge was the hardest. There’s more risk, but also more reward." Duke Langley took second place, Jordan Priestly was third, and Carrie Willhoff, Willhoff's wife, finished fourth. 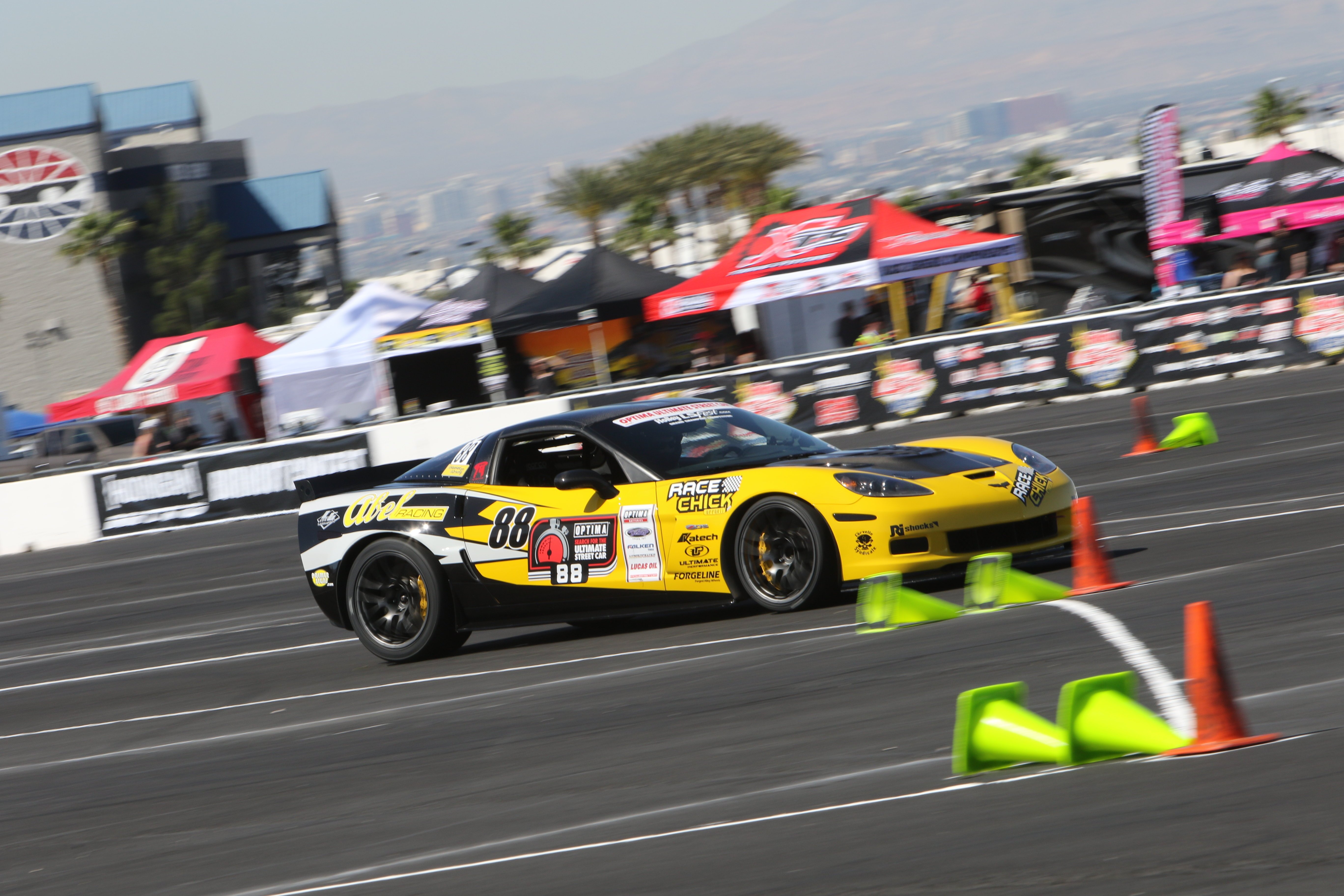 Willhoff was amazingly consistent in storming to the Baer Brakes 3S Challenge win with times that varied by a scant three-hundredths of a second – 13.103 seconds from the left side and a 13.071 on the right. "I didn’t really make any changes to the car – no sway bar changes, no shock changes at all," he said. "It just worked right off the trailer." Glen Barnhouse took second with a combined time of 26.512, and Langley was third with a time of 26.598. 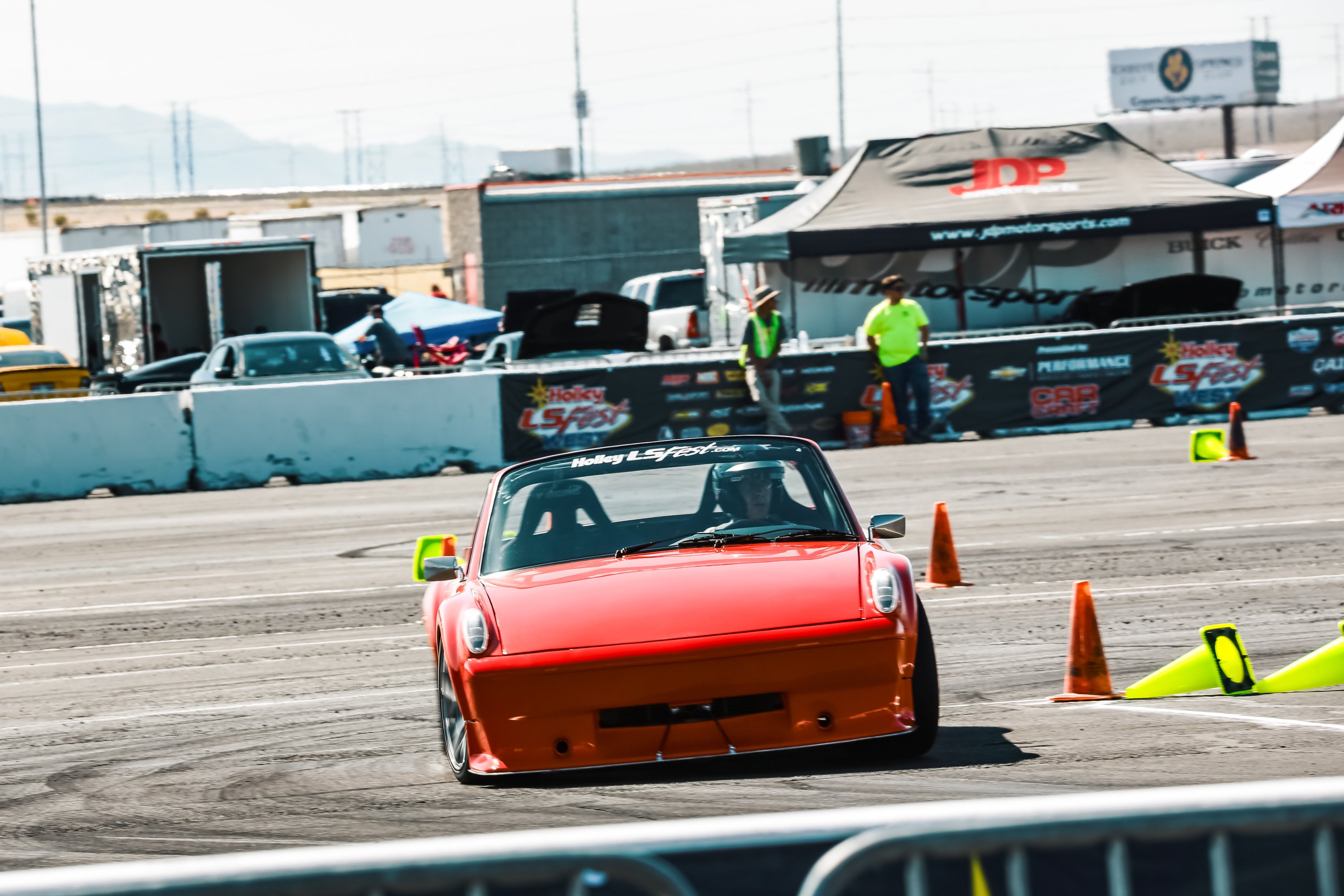 To complete his trifecta, Willhoff topped all comers for the Lateral G/QA1 Autocross crown. "That was the area I need to focus on most, and I really worked on it for this year," said Willhoff, who had more than half a second on the field. Langley and Barnhouse flip-flopped positions from the 3S Challenge, with Langley earning runner-up and Glen Barnhouse claiming third. Phillips was highest-finishing truck driver and collected the Bronze Award. 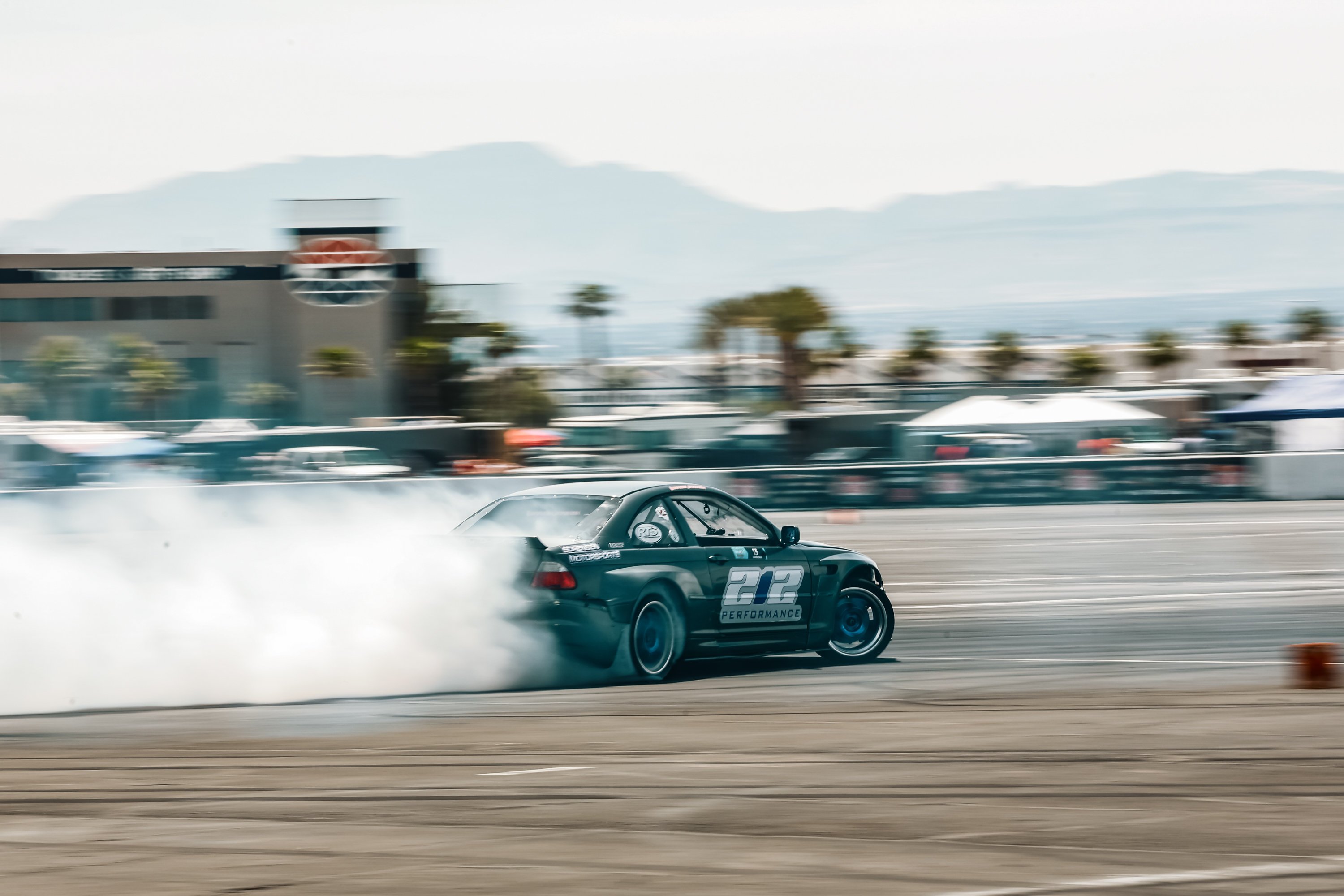 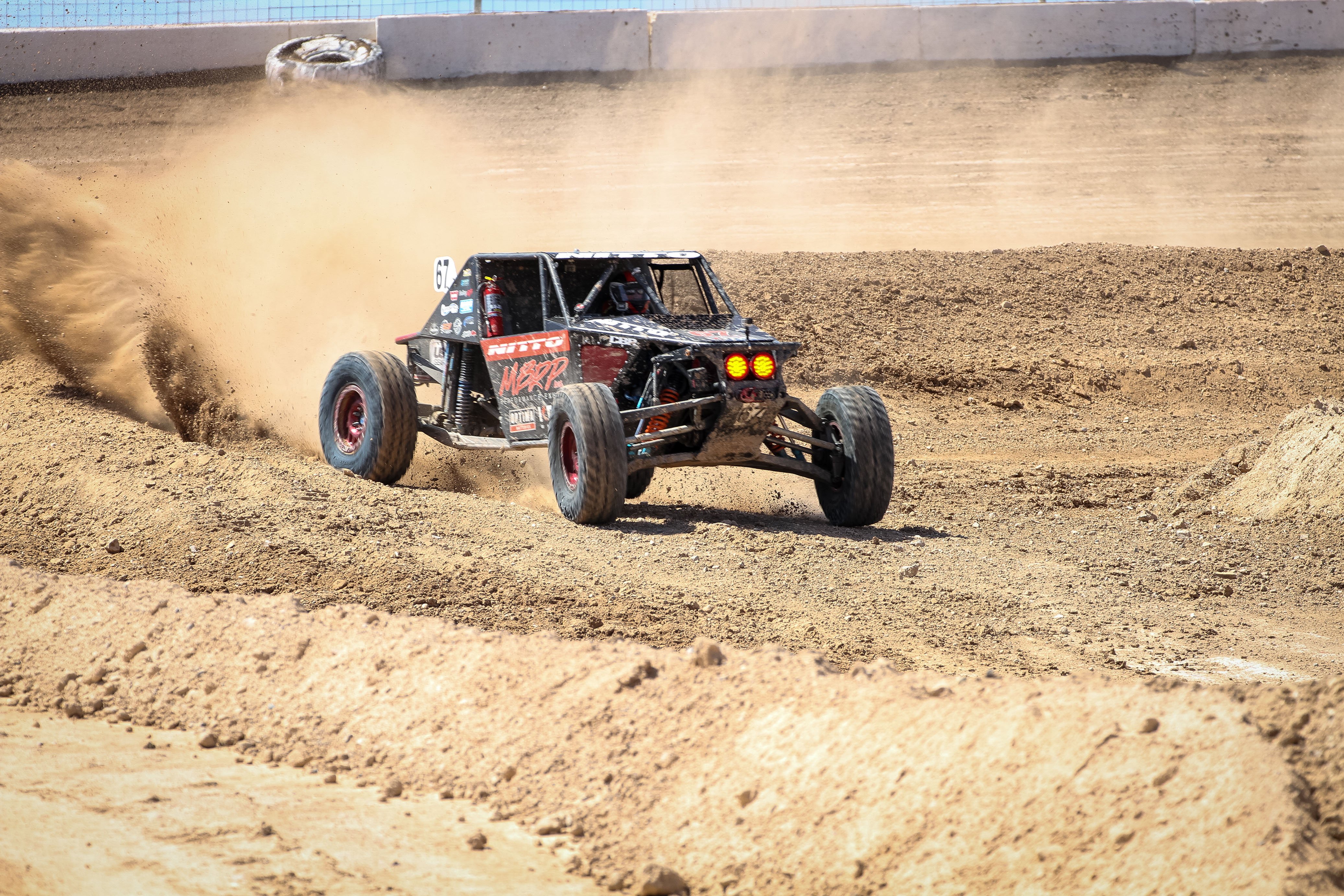 New Mexico's Loren Healy stood tall at the conclusion of the Nitto Off-Road Challenge, piloting his Holley-equipped Unlimited Buggy to the overall Unlimited Buggy title. Cody Waggoner was second and John Goodby took third. In the PreRunner class, Blake Wilkey got the win over Darren Parsons. Terra Crew was also onsite displaying their long travel pre-runner trucks and buggies. Terra drivers are capable of sending their vehicles off of long pre-built dirt ramps at speed and sailing for 80-100 feet!

Six different MSD Drag Racing categories were contested – Three Pedals LSX Rumble, LS Outlaw 275, Earl’s LS Truck, Sam Tech LSX Street King, Vortech Superchargers Late Model Heads-Up, and Cam Motion True Street. Brenda Cox was the big winner on the drag strip, making three runs in a row with three-thousandths of a second of one another in the quarterfinals, semifinals, and final of LSX Rumble. She topped Luis Ramos in the finale and was awarded a $2,800 TorqStorm supercharger in addition to her race winnings.

Brian Monello ruled LS Outlaw 275 with a barrage of 150+ mph blast passes, including a 5.02 at 151.68 mph in the final again Blade Boulon. Travis Condos ripped off low e.t. and top speed of all three rounds of eliminations, including a 7.40 at 94.54 mph in the final round against Kevin Leffigwell, to dominate the LS Truck category. Robert Horton used superior starting line reflexes to leave on all four of his opponents in the LSX Street King category. Josh Elam edged Dave Beem in a battle of the No. 1 and No. 2 qualifiers to earn the victory in the Late Model Heads-Up class. And in True Street, Clay Forrester reeled off back-to-back 9.28s and a 9.33 to win by a mile. In the NOS Dyno Challenge, John Gazon, Mike Bozner, Chris Hart, and Logan Palmer took top honors. Gazon won the Non-Power Adder division with 594 horsepower from his '70 Nova. Bozer won the Power Adder class with a whopping 1,201 horsepower from his LS-powered '96 Mustang. Hart took the Corvette Non-Power Adder competition, and Palmer won the Corvette Power adder crown.