Danny Thompson, son of perhaps the greatest hot rodder of them all, the great Mickey Thompson himself, obliterated the two-way land-speed record with an incredible 448-mph charge – the fastest speed ever attained by a piston-powered wheel-driven car. (The old AA/Streamliner record was 406 mph.) Thompson's Challenger 2 is the car Mickey built to set the same mark exactly 50 years ago, but bad weather prevented him from getting a chance and by the next year, Mickey, as he often did, had already moved on to other projects – in this case the Mustang with which he and driver Danny Ongais dominated Funny Car racing in 1969. Danny dragged the machine out of storage and completely revamped it from one end to the other. The twin injected nitro-burning Chrysler Hemi engines were fired by dual 44-amp Pro Mag magnetos on each engine and monitored by a Racepak G2X Pro Logger. Thompson hit 446 mph one way and more than 450 mph on the return run for a new two-way land speed record of 448.757 mph. 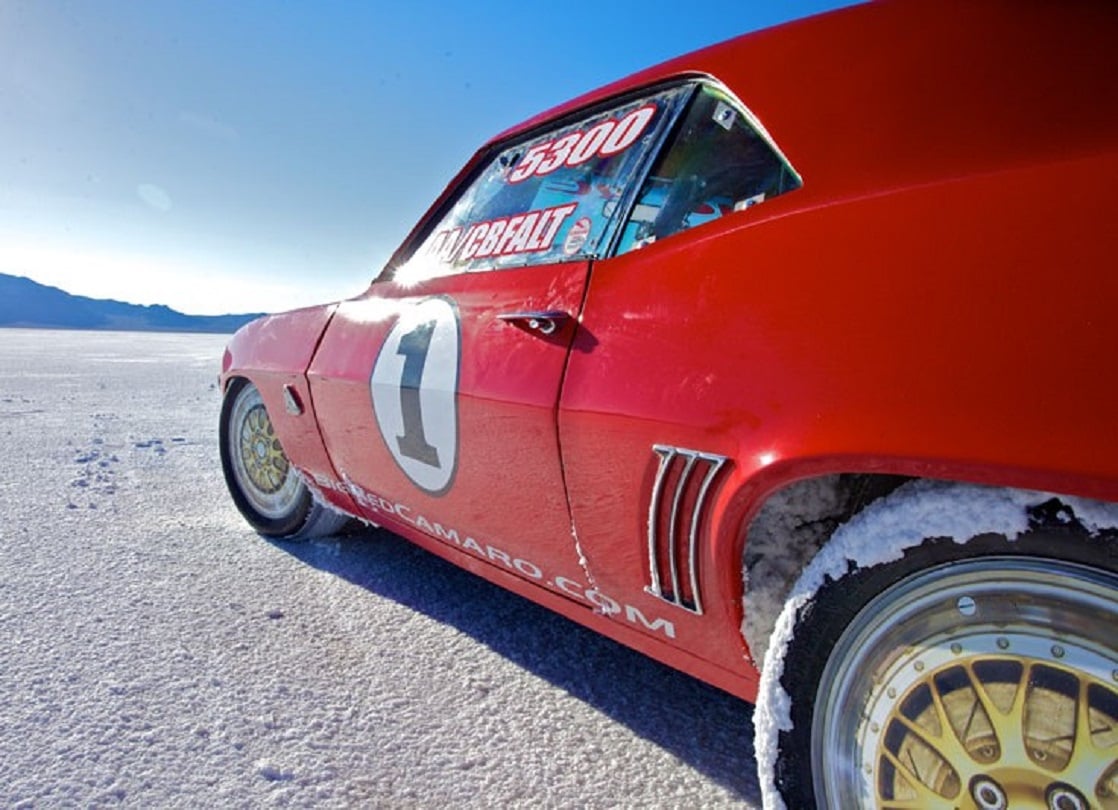 R.J. Gottlieb's versatile "Big Red Camaro," which has had tremendous success at events across North America, including the Pikes Peak Hill Climb, the Silver State race in Nevada, and the Mojave Mile, racked up another award at Speed Week 2018. The car, powered by a engine built by Larry Mollicone and set up by crew chief Dave Ward and tuner Brian Macy, runs a complete Holley Dominator EFI system, an MSD ignition, an MSD Distributor, and a Racepak G2X Pro Logger GPS System. Gottlieb smashed the existing 246-mph record with a best of 256.4 mph and, according to the G2X data logger, reached at top speed of 269 mph on the salt.

Pennsylvania's Rob Freyvogel, driving the incredible Carbinite Land Speed Record machine, fell just short of the record speed of 417 mph with a best of 413. This land-locked missile, based on the futuristic rocket-car designs of the early 1970s and powered by a 540 cubic-inch big-block Chevy, is the fastest machine ever controlled by Holley EFI. It has a complete Dominator system backed up by coil-near-plug technology.

Veteran Bonneville driver Jeff Strasburg reset the all-time Blown Fuel Lakester record by 7 mph with a 373-mph blast in a car powered by a 472 cubic-inch Hemi based on the one from Annie Whiteley's world-record-holding (275.00 mph) Top Alcohol Funny Car, which he works on. It's fired by a MSD 44-amp Pro Mag magneto and fed by a complete NOS nitrous system, including a 15-pound bottle, solenoids, Fogger nozzles, and jets. 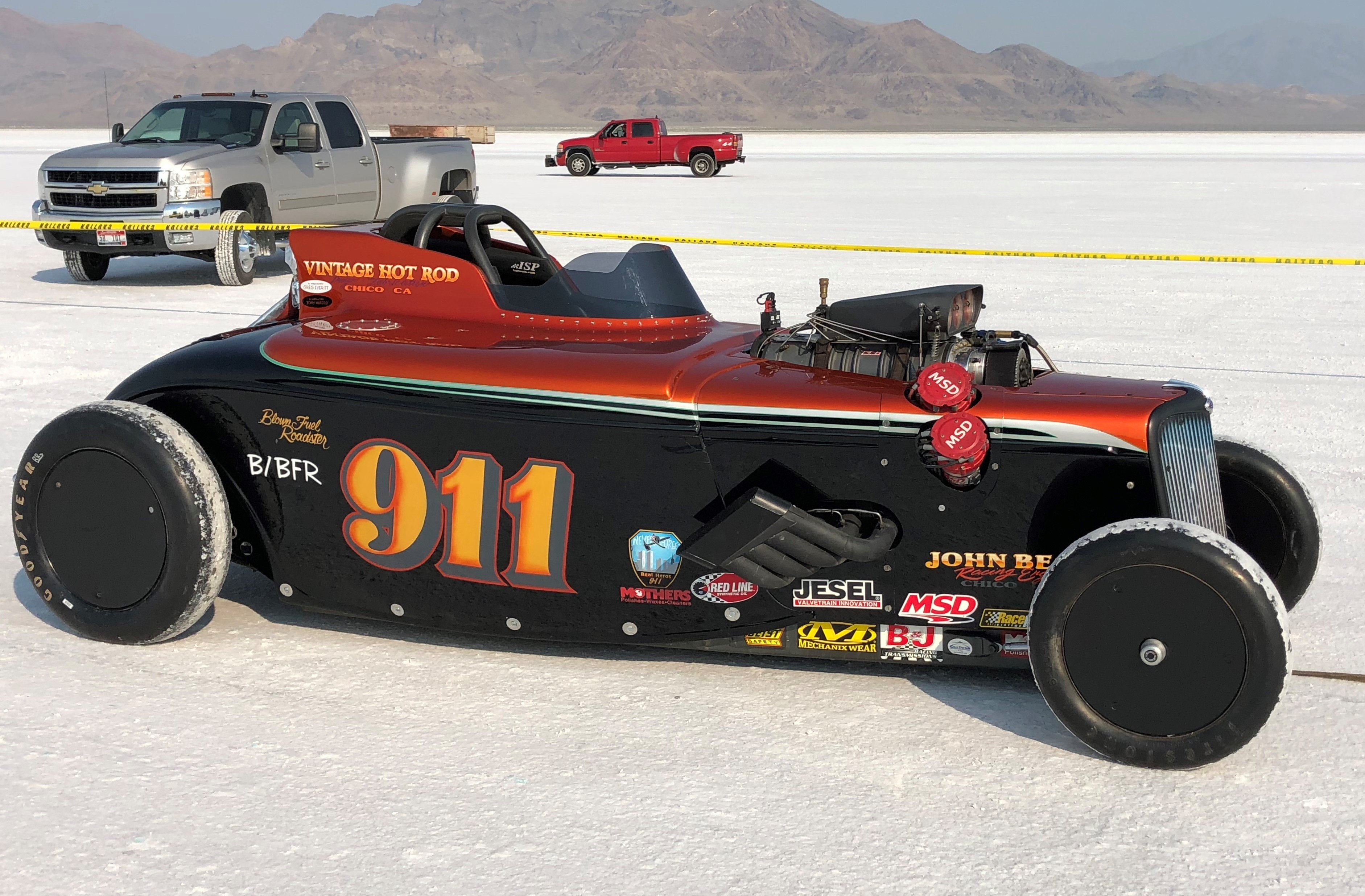 The Cummins/Beck/Davidson/Thornsberry 911 Roadster team destroyed the B/BFR (Blown Fuel Roadster) standard by more than 35 mph. Owner/driver Dave Davidson annihilated the existing record of 260 with a two-way average of 300 mph – 293 on the qualifying run, and 300 on the return pass. The John Beck Racing Engines-powered beast, presided over by car chief Paul Bowman and co-crew chiefs (and secondary drivers) Beck and Donny Cummins, runs dual 44-amp Pro Mags and a Racepak data-logging system.

Team Vesco Racing blasted the Class 3 Turbine Streamliner record by just short of 20 mph. Driver Dave Spangler wheeled the sleek, multicolored Turbinator to an average speed of 447 mp. He qualified at 463 mph and cracked 447 mph on his return shot for an average of 455 mph using a Racepak G2X Pro Logger GPS System and an IQ3 Display Dash.